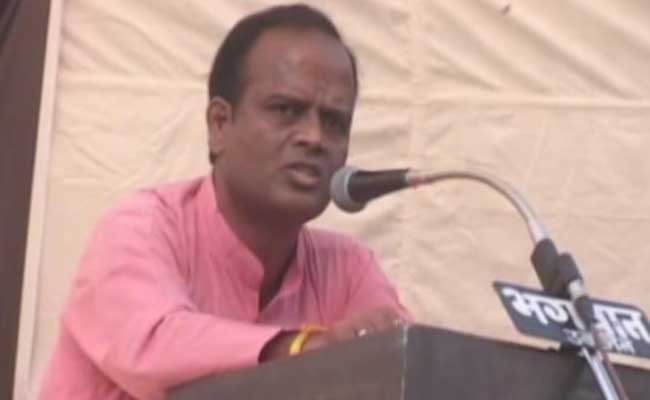 NEW DELHI : The Rashtriya Swayamsevak Sangh (RSS) has sacked a functionary in Madhya Pradesh who offered a one-crore bounty on the head of Kerala Chief Minister Pinarayi Vijayan. Kundan Chandravat, a local RSS leader in Ujjain, had made the provocative announcement at a crowded meeting this week, called to protest against alleged attacks by activists of the ruling Left in Kerala on workers of the RSS and BJP.
“Due to the controversial statement made in Ujjain, misconceptions have been created about the RSS. That is why Kundan Chandravat has been expelled from the RSS, even though he has expressed regret and withdrawn his statement,” said the RSS, which is the BJP’s ideological mentor. It appealed “to everyone not to treat any one person’s statement as the views of the Sangh.”

Mr Chandravat had said, “If anyone gets me the head of Vijayan, I will give him my property, which is worth around 1 crore.” Today, he retracted his statement.
The RSS had immediately distanced itself from the comment, condemning it. “One speaker, Dr Kundan Chandravat, has given a provocative statement against the present Chief Minister which the Sangh does not subscribe to.
The Sangh is against such violence. The mindset that encourages violence is wrong and the Sangh strongly condemns this mindset,” the RSS had said on Thursday.
BJP leader Uma Bharti said today that it was “not right” of the media to call Mr Chandravat a RSS worker and she would verify whether he was a RSS functionary.”The Sangh Parivar has taken the heads of many. But we need to move on,” said Pinarayi Vijayan.

Kerala sees frequent clashes between the RSS and Left party CPM, which now rules the state under Chief Minister Vijayan. On Thursday, a CPM member was attacked in Palakkad and he has blamed three BJP activists in a police complaint. Hours later, two BJP workers were injured when a crude bomb was thrown at the party’s Kozhikode office.
These clashes have been on for years, particularly in Kerala’s Kannur district, and the two sides accuse each of political murders. Seven people associated with right-wing groups have been murdered since the CPM came to power in May last year, and the RSS and BJP blame the Left party.