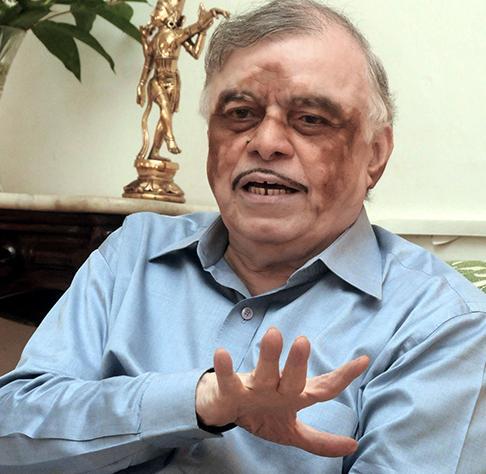 THIRUVNANTHAPURAM: Kerala Governor P. Sathasivam on Saturday asked Chief Minister Pinarayi Vijayan to take immediate action to end violence and murders in the politically volatile Kannur district.The Governor issued the direction after a three-member BJP delegation met him at Raj Bhavan here earlier in the day and submitted a petition, seeking action on the killing of RSS functionary Biju in Kannur on Friday.
A Raj Bhavan statement said the Governor forwarded the petition to the Chief Minister, asking him to take “immediate necessary action to put a curb on such disturbing incidents.”“It is necessary to send a positive signal to peace loving citizens of the State,” the statement said.

The BJP delegation, led by former Union Minister and MLA O. Rajagopal, also sought the implementation of the Armed Forces Special Powers Act (AFSPA) in the violence-hit areas of Kannur by declaring them as disturbed areas, the release said.The petition claimed that since the present LDF government came to power, the Sangh Parivar lost 14 of its core workers in nearly 500 attacks by workers of the ruling CPI (M).
The petition alleged that the State government was supporting the perpetrators of violence in Kannur district, the Raj Bhavan release added.RSS worker Choorakad Biju (26) was hacked to death, allegedly by CPI(M) activists at Payyanur town in Kannur district, which has witnessed a series of clashes between ruling CPI(M) and RSS for the past one year.
‘Terrorism, Gunda Raj’ prevailing in Kerala’
Union Minister Giriraj Singh on Saturday slammed the CPI(M)-led LDF government in Kerala for political violence, alleging that “terrorism” and “Goonda Raj” were prevailing in the State.The Minister of State for Micro, Small and Medium  Enterprises was speaking to reporters after visiting BJP  workers who were admitted to a hospital in Thiruvananthapuram after being attacked allegedly  by CPI(M) men at Kumarakom two days ago.
“There is no freedom of speech in Kerala. There is only  terrorism and Gunda Raj prevailing here,” he said.Mr. Singh said this was not simply a State level law and  order problem, but a issue of concern for the entire country.
Terming Friday’s incident “very unfortunate”, the Kerala Chief Minister wanted everybody to see the case as an isolated one and ensure that it would not cause hurdle to the peace efforts in the district.”Concerned persons have to be cautious to see that the  situation is not turning worse. The government will make all  efforts to bring the guilty before law,” he told reporters
on Saturday.