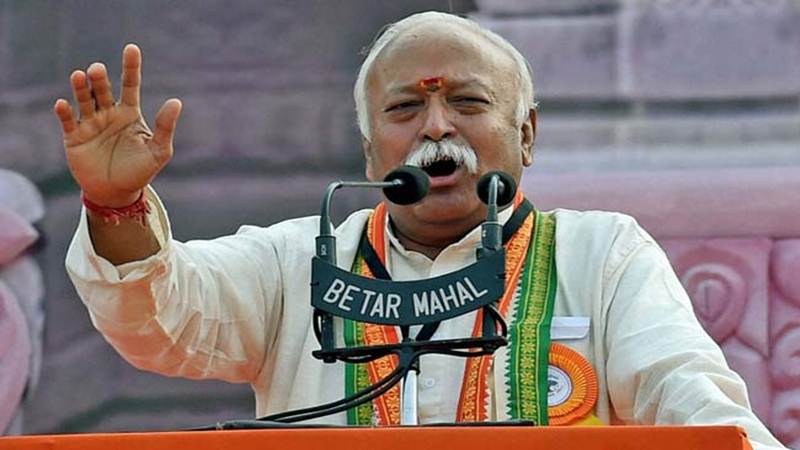 THIRUVANANTHPURAM : RSS chief Mohan Bhagwat hoisted the national flag at the Karnnaki Amman School in Palakkad district, defying the orders of the District Collector that the flag should be hoisted only by elected representatives or school officials and not by “organisational representatives”. The administration may later act against the school authorities.

Mr Bhagwat unfurled the national flag at an Independence Day function at a government-aided school in Kerala’s Palakkad, ignoring orders to the school from the district’s top bureaucrat that he must not be allowed to do so.
Palakkad District Collector Mary Kutty had yesterday told the school in a written order that Mr Bhagwat must not unfurl the national flag, citing what the officer said was a government order that only office-bearers at the school or elected representatives like MLAs are allowed to do so.

The function was held at the Karnakiyamman school in Palakkad, around 335 km from state capital Thiruvananthapuram. Mohan Bhagwat has been in Palakkad since Monday and the programme at the school had been announced several days ago. The Collector’s order however reached the school only hours before the function was to be held.
The RSS has said that everyone has the right to hoist the national flag, and blamed the CPM-led government to be behind the circular. “It is learnt that no other school had been given similar information… We condemn such brazen attempts by the CPI-M led government of Kerala to deny the basic citizen rights of celebrating Independence Day and their continuous attempts to poison the state of Kerala with divisive politics,” a statement by RSS’ Manmohan Vaidya said.

Mr Bhagwat is in Kerala for meetings of the RSS, which has accused the ruling CPM in Kerala of abetting escalated violence by its workers against the RSS and the BJP. While RSS workers and those of the CPM have a history of bloody political clashes and accusing the other of gory murders in Kerala, the RSS and BJP claimed that attacks on them have spiked since the CPM-led Left Democratic Front or LDF returned to power in the state last year.
The CPM has countered that it is in fact its cadres that are bearing the brunt of the political violence that has rocked the state for years now. Union Finance Minister Arun Jaitley, who had visited Kerala last week and met the family of a RSS worker brutally killed recently, attacked the state’s ruling party saying, “Every time the LDF is in power, incidents of violence increase.” He said the kind of wounds that were inflicted on 34-year-old Rajesh Edavakode, “would have even embarrassed terrorists.”

Mr Edavakode died in hospital after his arm was chopped off; his body had 70 to 80 wounds. Mr Jaitley accused the state government for failing to control the violence and alleged that the state police was a “silent spectator” when RSS and BJP workers were attacked and killed.