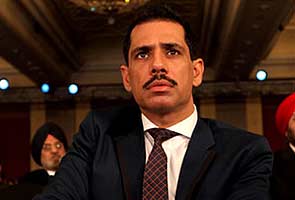 On Sunday, Kapil Mishra alleged that Chief Minister Arvind Kejriwal took Rs 2 crore in cash from a cabinet colleague, triggering a mocking denial from the ruling AAP. The BJP and the Congress immediately clamoured for Kejriwal`s resignation.

In a Facebook post titled ‘What goes around comes around`, Vadra said he had been targetted by various politicians who made “false accusations”However, Vadra asserted that he hopes Kejriwal “comes out clean for the sake of the people who believed in him”.

A day after he was dismissed as minister, Kapil Mishra claimed he saw Health Minister Satyendar Jain hand over the cash to Kejriwal at his residence on Friday, plunging the Aam Aadmi Party into a new crisis after election setbacks and subsequent infighting.
Kejriwal wades into corruption row as sacked minister claims CM took Rs 2 crore cash; Opposition demands resignatio . He also accused Jain of facilitating a land deal worth Rs 50 crore for a Kejriwal relative.