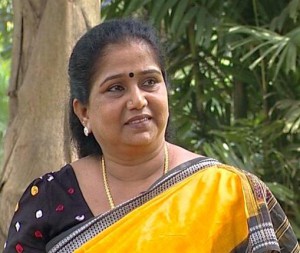 CHENNAI: Rejecting the idea of returning her Sahitya Akademi award, writer and former IPS officer G. Thilagavathy said the Akademi could only confer awards and had no provision to take it back from writers.
Ms. Thilagavathy described as a “publicity stunt” the action of some writers who had returned their award to express their protest against the killing of Kannada writer M.M. Kalburgi.
“Sahitya Akademi is not a government organisation. The awardees are selected by erudite scholars and writers. Returning the award is not the way to express one’s displeasure with the government,” said Ms. Thilagavathy, who was also a member of the Akademi.

While she fully agreed with the view that India’s diversity and plurality could never be allowed to be compromised in the name of religion and caste, returning Sahitya Akademi awards was not a good idea just because Nayantara Sahgal had done it.
“What many writers have done is nothing but a knee-jerk reaction. We just follow what others do. It is like all passengers in a coach sneezing after one patient starts,” said Ms. Thilagavathy, whose novel Kalmaram, won the award in 2005.
She said she was upset that the Tamil Nadu Progressive Writers and Artistes Association (TNPWAA) had failed to take into consideration her views before issuing a statement criticising the Sahitya Akademi for not strongly condemning the killing of Kalburgi.
“Despite the fact that my novel was serialised in the literary magazine Thamarai, run by Tamil Nadu Kalai Ilakkiya Perumandram, a literary outfit of the CPI, I was not consulted. They should have approached me because I am the only living woman writer who has won the award,” she said.
Asked about these allegations, TNPWAA general secretary Su. Venkatesan said he tried to contact as many writers as possible, but could not reach Ms Thilagavathy. “I also could not contact Neela Padmanabhan. When a writer is ready to join us for a cause she is welcome,” he said.