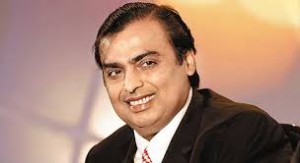 NEW DELHI: Tension is rising in the retail industry, as Mukesh Ambani-led Indian conglomerate Reliance Industries gets ready to take on US retailer Walmart in the country’s $450-billion cash-and-carry business.Reliance is set to open around 100 cash-and-carry stores in the next two years, while Walmart India CEO Krish Iyer said it would take the world’s largest retailer another six years to launch 50 Best Price stores.
In a business where speed and scale spell success, Reliance seems to be leaving no stones unturned. In the quarter ended March 31, 2014, the Mumbai-based company opened 15 new stores under its Reliance Market brand, taking the total number of its cash-and-carry stores to 32.In contrast, Walmart has 20 stores in the country at present, followed by German wholesaler Metro Cash & Carry (16 stores) and French multinational retailer Carrefour (five stores).
“Within two years of opening our first cash-and-carry store, we have become the largest wholesale cash-and-carry chain in the country and we plan to continue our current pace of growth. Our store expansion programme will cover top Indian cities by 2016,” a Reliance Retail spokesperson told TOI. The sizes of the new Reliance Market stores will range between 10,000 square feet and 45,000 square feet, said a person familiar with the development.
To save on real estate costs, the company will adopt improvised methods to store goods vertically rather than horizontally. It will also focus on developing its own brands for all customer segments. Quashing speculations that the new stores will target end-consumers apart from small businesses, the Reliance spokesperson said only registered members would be allowed to shop at the stores. This is similar to the business model followed by other international retailers in the country.
For instance, Walmart, Metro Cash & Carry and Carrefour operate only cash-and-carry stores that are different from B2C retail chains, such as Big Bazaar and Shoppers Stop. The cash-and-carry business is about bulk-buying and it can only serve registered members including kirana stores, hospitals and hotels. Reliance Market has 1.2 million registered members.
Gaurav Gupta, senior director with Deloitte in India, said the cash-and-carry business is here to stay. “In a country like India where the population is scattered far and wide, real estate costs are high and distribution infrastructure is rickety, kirana stores play a crucial role in reaching out to the end-consumer.
An organized wholesale business is beneficial for everyone including the end-consumer. Cash-and-carry stores will help create a good balance in the retail ecosystem of the country,” he said.Sensing the latent opportunity, large retailers have already started taking big steps to bolster their presence and reach in the category. Recently, Walmart India launched its online platform for members of Best Price Modern Wholesale stores in Hyderabad and Lucknow. Reliance responded by announcing its e-commerce debut with a Mumbai-grocery venture by the year-end. Now, it has made its intention of taking centre stage in the brick-and-mortar format as well.