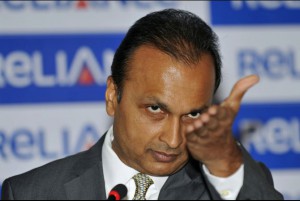 NEW DELHI : Anil Ambani-led Reliance Group on Thursday announced its foray into the high growth defence and aerospace manufacturing sector that are estimated to touch a market size of $100 billion in 10 years.
Three subsidiaries have been incorporated for the foray under group firm Reliance Infrastructure, the company said in a regulatory filing.
According to Group chairman Anil D Ambani, “the ‘Make in India’ initiative of the government provides a perfect landscape for setting up of a comprehensive defence industrial base in the country. The Reliance Group is committed to contribute significantly to this initiative.”
Reliance Infrastructure, which already has presence in areas like power, has set up three wholly-owned subsidiaries — Reliance Defence Systems, Reliance Defence Technologies and Reliance Defence and Aerospace (RDA), the company said in the filing.
RDA will be participating in the utility helicopter programmes for the Armed Forces. The company will also explore other opportunities including naval platforms, air mobility, avionics and Network Centric Warfare (NCW).
Mr. Ambani said “We would endeavour to bring world class technologies to India and create skill sets within the country to deliver top end platforms for our Armed Forces, cut down on import of defence products and create high skill jobs.”
Rajesh Dhingra, former Managing Director of Lockheed Martin India, will lead the new initiative of Reliance Group.With its entry into the defence sector, it would lock horns with the likes of Tata Group, Larsen and Toubro and Mahindra and Mahindra.
The defence and aerospace market in India is estimated to touch $100 billion over the next ten years. Presently, most of the requirements are met by imports.
Defence Ministry has identified specific areas for getting private sector manufacturing expertise. These include development of Naval Utility Helicopter, Light Utility Helicopter, submarine, and Naval Multi Role Helicopters.
Industry sources say that Reliance is in talks with several international collaborators, including Eurocopter of France, Kamov of Russia, and Sikorsky of the U.S., for technological tie-ups.
The company will look at both organic and inorganic route for its growth and capability building targeted at the defence and aerospace sector. This would include options of equity participation in the existing companies to expand capabilities and setting up Greenfield manufacturing facilities.
It has five airfields in Maharashtra on a long term lease which it intends to leverage for manufacturing, testing, simulation and training facilities. These airports are: Nanded, Latur, Osmanabad, Yavatmal, and Baramati.