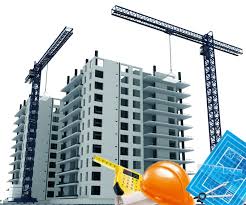 MUMBAI: The formation of new government at the Centre has boosted investors’ sentiment, especially in the real estate sector that has been going through a tough phase with drop in sales and debt pile-up, according to a report.
Post-Lok Sabha elections, which threw up a clear mandate, foreign direct investment in the country’s real estate sector is expected to get a lift, resulting in amplification of fund flows and strengthening of the battered rupee, the joint report by global real estate services firm Jones Lang LaSalle (JLL) and top industry body CII said.
It said “with a clear majority triumph, the incumbent government will enjoy unwavering stability that will in turn improve investor sentiment for the real estate market.”According to Department of Industrial Policy and Promotion (DIPP) data, FDI into construction sector — townships, housing and built-up infrastructure — declined to about US$ 1.3 billion between April 2013 and February 2014.It stood at US$ 3.1 billion during April 2012-March 2013.
“This is primarily because investment sentiment in India dropped significantly given the pre-election political uncertainty and unveiling of scams,” JLL said.The report said that investment inflows reduced in the last couple of years as the sector is battling declining sales and high inventory along with cash crunch and mounting debt.
“Now global investors are optimistic about the Indian economy, which is expected to witness increase in foreign investment inflows via FDI and FII in FY15 from USD 29 billion during FY14,” the report said.It noted that improving transparency in the country will also act positively for foreign corporates and investors.
“The government and regulatory authorities are working to improve the investment climate through market transparency, albeit at a slow pace. The relaxation of FDI laws, an improvement in the availability of data and strengthening of regulations in the real estate sector will improve FDI in the sector in the near future,” the report added.