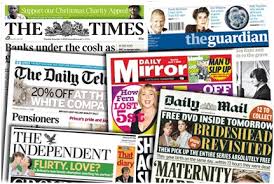 Newspaper readers on 23 March 2016 were greeted with advertisements which announced the world’s largest survey of media usage, product consumption and ownership – Indian Readership Survey (IRS) for 2016.
This survey by the Readership Studies Council of India (RSCI), formed jointly by the Media Research Users Council (MRUC) and the Audit Bureau of Circulations (ABC), has announced the launch of the survey which will be released by January 2017, followed by regular quarterly updates.
The survey increased its sample size by 40% at an ‘All India’ level, targeting a total of 3.30 lakh respondents, across 91 individual districts and 101 district clusters.
Speaking at the launch of the IRS 2016, I Venkat, the chairman of MRUC said, “The Indian Readership Survey is one of the most definitive surveys for print media; consumer demographic profiling and product consumption habits, anywhere in the world.
India is one of those unique markets where the print medium is growing consistently even though we are on the brink of a digital revolution. After consultations with all relevant stakeholders, we have finalised our research design and begun the field work.

IRS is the only industry recognised readership and consumer profiling survey in the country and the team has worked hard to ensure it meets the high standards expected of it.”

To ensure the reliability of the IRS, the technical committee has enhanced the process of back-checks and included a third party auditor for monitoring the end to end process of survey design and quality control checks.
The survey has also added numerous safety enhancement layers, powered by technology. Some of these include a tracker for GPS locations of interviewers, enhanced audio recording and electronically addressed forms.
The MRUC, the not-for-profit body, was set up to organise media research. Meanwhile, the RSCI was created four years ago when two readership surveys—the National Readership Survey (NRS) and IRS—were merged.
Print credibility at stake
The print media in India is growing at an average of 7% a year—at a higher rate for regional language publications.Readership data is the currency used by advertisers to choose publications in which they advertise. But the uproar over the IRS was not a good sign for the print media sector.

The last few quarterly numbers published by MRUC and RSCI were controversial, and leading newspaper firms rejected the IRS data released in January 2014, the research for which was conducted in 2013. The Indian Readership Survey (IRS) 2013 was held in abeyance by 18 newspapers, which had called it ‘badly flawed’.

Even as the 2014 IRS data indicated that readership of India’s top 10 dailies grew by five per cent, thanks to ‘the impact of the general election campaign on media consumption pattern during the IRS fieldwork’, many publishers expressed their dissatisfaction.

Since the IRS data is widely used as the currency for buying and selling of advertising space in print media, print pundits were troubled that it would affect the medium as well?
If IRS is not 100% transparent and not made error-free not only print media but the entire marketing fraternity who depend on the IRS for their print campaign will suffer.
The Broadcast Audience Research Council India (ad agencies and advertisers are also stakeholders in the joint industry body), rolled out an audience measurement data in April 2016. Recently, BARC began capturing rural viewership numbers, in addition to urban markets audience data. Besides, they have invested over Rs.200 crore in their research, unlike print firms who are shy of investing Rs 15-20 crore in the Survey.
Therefore, it is imperative that the Indian Readership Survey (IRS) for 2016 is conducted with due diligence and accepted by all stakeholders.(Print Week)