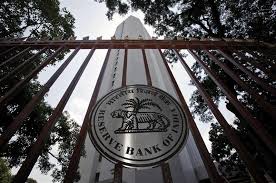 MUMBAI: Nudged and prodded by RBI, leading banks — SBI, ICICI and HDFC Bank — cut their lending rates by 0.15-0.25 percent despite the status quo in policy rate of the central bank, which did some tough-talking on the need for commercial lenders to bring down rates.
Following suit, private sector lender Axis Bank too on Wednesday cut base rate by 0.20 percent to 9.95 percent.The action of the banks, which can bring some relief to corporate and retail borrowers including for home and auto loans, came after RBI Governor Raghuram Rajan termed as “nonsense” the lenders’ claim that cost of funds was still high.
The action can also have a snowballing effect forcing other banks to follow suit. Small lender Lakshmi Vilas Bank also announced a rate cut of 0.15 percent to 9.85 percent, similar to that of SBI and HDFC Bank, while ICICI Bank lowered its base lending rate by 0.25 percent to 9.75 percent.
The rate cuts were announced hours after a war of words erupted between Rajan and the top bankers, who had appeared reluctant to effect a cut.
After two cuts in three months, the RBI kept the repo rate, at which the central bank lends to banks, unchanged at 7.5 percent on fears of unseasonal rains impacting food prices. The cash reserve ratio, which is the amount of deposits parked with the central bank, will remain at 4 percent. Bank rate has also been retained at 8.5 percent.
“I do not see an environment where credit growth is tepid, banks are sitting on money and their marginal cost of funding (has) fallen, the notion that it hasn’t fallen is nonsense, it has fallen,” Rajan said.
After his announcement and plain-speaking, leading bankers including SBI Chairman Arundhati Bhattacharya initially maintained that it takes time to lower the lending rates, which could happen in two or three months.
Hours later, SBI took the lead in effecting the rate cut, followed soon by HDFC Bank, whose CEO Aditya Puri had also hinted earlier in the day that it would take some time for rates to be cut by the lenders.
Bhattacharya later said she expected other lenders to follow suit by cutting their rates, as it was a competitive market. She also hinted at lowering of deposit rates.On possibility of more cuts, she said, “I think there is an elbow room, but it all depends on credit growth pick up. We really want to see that happening.”