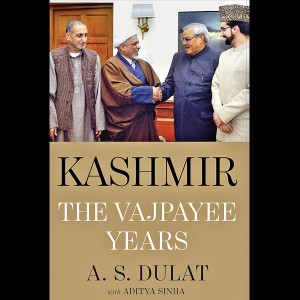 NEW DELHI: The one person I never met while I was R&AW chief was my Pakistani counterpart, the ISI chief, a position held by two successive people during my tenure: Gen Ziauddin Butt and General Mahmud, who was burned by the fact that in 2000 we turned Majid Dar around.
It’s not that I was overly keen to meet the ISI chief, but it is strange that I met the CIA chief, the Mossad chief, the Russian intelligence service chief — and even the inscrutable head of the Chinese secret service.
Meeting other chiefs was a part of the job. One needed to maintain liaison with other services. What didn’t make sense was never liaising with the ISI chief.
The CIA and the KGB never stopped talking to each other even during the worst days of the Cold War; it is documented that during the Cuban missile crisis at the height of the Cold War, US president John F Kennedy and Soviet premier Nikita Khrushchev were writing and talking to one another. Whereas we, at the drop of a hat, stop talking to the Pakistanis.
After I left the government altogether I continued to advocate this in the various track two dialogues between India and Pakistan that I joined (these are non-official meetings of retired soldiers, academics, bureaucrats, journalists and others which help in generating out-of-the-box ideas to better bilateral relations that can’t otherwise be taken up at official meetings).
It wasn’t as if a R&AW chief had never met the ISI chief — in the late 1980s, one of my predecessors, AK Verma, had two meetings with his counterpart, Lt. Gen Hamid Gul. Thus it wasn’t a heretical idea, and could hold some benefits. I even wrote a paper about it with former ISI chief Lt. Gen Asad Durrani, whom I often met at meetings of retired intelligence chiefs.
The Pakistanis have been keen to meet. During my tenure at R&AW, we used to forever be getting these messages from friendly intelligence agencies: why don’t you meet the Pakistanis, they are keen to meet. Sometimes we would hear it from the Saudis; sometimes from the Iranians; and sometimes from the Sri Lankans.

And once, someone even as innocuous as the South Africans said: why don’t you and the Pakistanis talk? The thing was, the Americans and the British would stay out of all of this though they were the ones who actually wanted this meeting of the secret services. It must have been one of their ways of trying to get things going.
One day I went and told the national security advisor. ‘Sir, yeh messages aate rehte hain,’ I said. ‘Mil ke toh dekhte hain,isme harz kya hai. Dekh hi le.’
‘Nahin-nahin,’ Brajesh Mishra responded. ‘Abhi time theek nahin hain.’Perhaps he thought I wasn’t hawkish enough to be talking to the Pakistanis.
Eventually, the R&AW chief was dispatched to meet the ISI chief to firm up details for the ceasefire that Pakistan announced in November 2003; CD Sahay and Ehsanul Haq met in July-August of that year, and according to Sahay, it really helped the situation in Kashmir as infiltration plummeted in October 2003; along with the successful and fair 2002 assembly election in J&K, it led to the deputy prime minister starting a dialogue with the separatists in January 2004.
The ISI also acknowledges that timely intelligence provided by R&AW about a likely Jaish-e-Mohammed attack may have saved President Musharraf’s life in 2004. Musharraf himself is said to have acknowledged it.
Incidentally, two of the Jaish militants involved were hanged in Pakistan after the attack in a Peshawar school in December 2014. And there was another meeting, between Sahay’s successor PK Hormis Tharakan and his counterpart Ashfaq Pervez Kayani, who later became army chief.