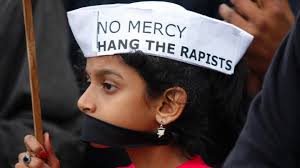 NEW DELHI : How cruel the world can be for a rape victim, Suzette Jordan, the 2012 Park Street victim, can tell you but this hasn’t killed her spirit or made her give up her zest for life.”Victims in India are always traumatised. People pointed at my dignity. They did not even hesitate to call me a prostitute.
But this hasn’t stop my spirit for living life zestfully,” Jordan, an Anglo-Indian who loves to live her life on her own terms, told IANS on the phone from Kolkata, saying she did not wish to shelter behind a pseudonym, which is usually the norm for victims of rape.
“My kids are my biggest strength. I have learned to survive because my family stood beside me every single time,” said Jordan, 40, who is a single mother to two children and runs an NGO that fights for women’s rights.She was allegedly raped at gun-point inside a moving car and later thrown out of it in central Kolkata, on one of its most well known streets, in February 2012.
The incident returned to haunt her some days ago when Jordan, accompanied by her friend, was refused entry into a reputed Kolkata hotel. The reason? She was a rape victim, the hotel staff told her in the presence of several people.The restaurant management, however, denied the charge and claimed the woman was turned out for being “troublesome”.
“There were mails, posts, calls from people across the country supporting me, conveying their concern. But where were these people when I was insulted outside the hotel,” she asked.
“All have their own life, all get busy. The fight is of that solitary soul who faces it, who goes through the mental trauma, that in-erasable horrific incident and those deep scars left behind,” Jordan added.Today she feels she is still a victim of the patriarchal society and what hurts her the most was the deafening silence from the people present at the hotel who turned out to be mere mute spectators.
“No one uttered a single word in protest. They stood silently and saw me getting chastened. Nobody came out in my support, and I knew people won’t, I didn’t expect this,” she uttered.”This is India, this is our society. Because I am raped I don’t deserve a life. Was it my fault if I was raped,” asked Jordan, reflecting her disgust.
The hotel incident kicked up a storm in the social media. Thousands of posts, blogs and write-ups came up in her support. People expressed their anger over the incident.
Eventually the hotel’s rating on a popular food rating website has come down to 1 from 2.5.”I felt l was being raped again and again. The incident once again took me to my past, reminded me of the 2012 incident. Even if I want to get over that, people won’t let me do so. They will keep reminding me that I was raped,” Jordan said.”Help should come as a genuine act and not show off; solidarity should be shown when needed,” Jordan contended.
West Bengal Chief Minister Mamata Banerjee had courted controversy after she dubbed the rape “fabricated”.While five people were charged by the court, only three are behind bars. Two, including the prime suspect, are still untraced.