Skip to the content
newstrack24x7.com
NEW DELHI : Ranbaxy Laboratories will cease to exist as a company after completion of the $4 billion merger with Sun Pharmaceuticals, although its brands will be kept alive in over 100 markets.”The Ranbaxy entity will be merged into Sun Pharma and Sun Pharma will be the surviving entity post-merger,” a Sun Pharma spokesperson told PTI . 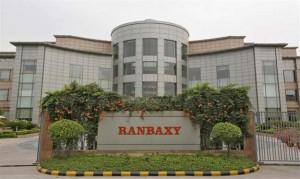 On Ranbaxy’s brands, he said: “…Ranbaxy has branded generics in more than 100 markets. We plan to keep these brands alive in most markets…The brand Ranbaxy itself has a rich heritage and value. We would like to preserve that.”Sun Pharma said on April 7 it would fully acquire Ranbaxy, which was incorporated in 1961 and went public in 1973. It will offer 0.8 share of Sun Pharma for each Ranbaxy share, representing an implied value of Rs. 457 per Ranbaxy share.
After approval by regulators and shareholders, a record date will be set for the share swap, after which the Ranbaxy stock will not be traded on the exchanges. According to Daiichi Sankyo of Japan, which holds a 63.41 per cent stake in Ranbaxy, the merger is expected to close by the end of 2014.
The Japanese firm expects to get approval from Indian securities exchanges by June end, while shareholder meetings of Sun Pharma and Ranbaxy are expected at the end of August.Daiichi acquired the Ranbaxy stake in 2008 for about Rs. 22,000 crore after the erstwhile promoters, brothers Malvinder and Shivinder Singh, decided to exit.
The Sun Pharma spokesperson also sought to allay fears of large-scale layoffs of Ranbaxy staff.
“The areas of overlap are relatively limited. As a result, integrating sales and marketing across the companies should be possible,” the official said.After closure of the deal, the combined entity will become the largest pharmaceutical company in India, with estimated combined revenue of $4.2 billion, and the fifth-largest specialty generics company in the world.
The entity will have operations in 65 countries, 47 manufacturing plants across five continents, and a significant platform of specialty and generic products marketed globally, including 629 abbreviated new drug applications.