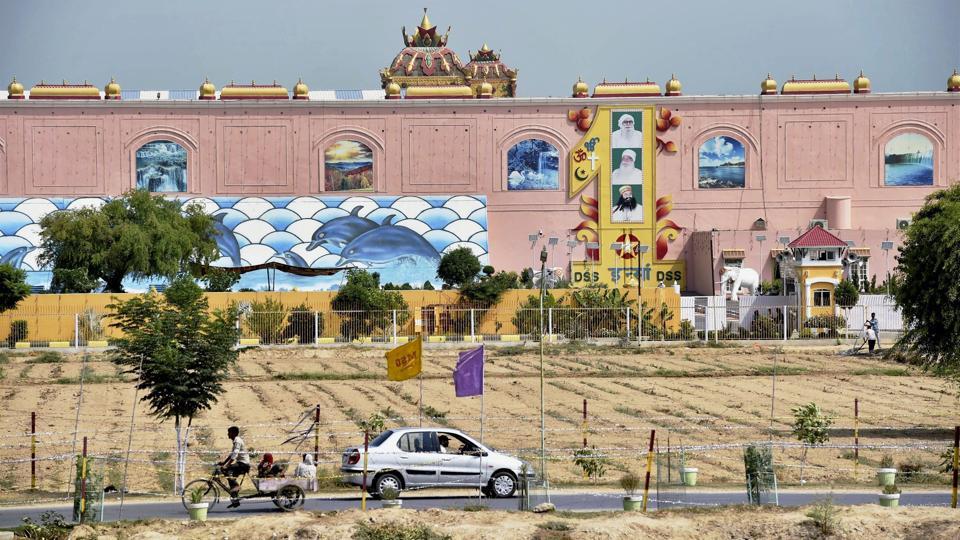 According to a team of jail doctors who examined Singh in Rohtak jail, he is feeling unwell, restless, uneasy and showing withdrawal symptoms. Singh has been languishing in jail after being convicted of raping two sadhvis or female followers in a 15-year-old case on August 28.

On Saturday, jail authorities called in a team of doctors, including a psychiatrist, to conduct Singh’s health check-up. “The baba is in fact a sex addict. He has no access to the physical pleasures in the jail which is the basis of his restlessness. He can be treated, but if delayed, it can lead to a bigger problem,” a doctor told India Today, requesting anonymity. It remains unclear if Singh is a drug-addict or consumed liquor regularly.
Interestingly, the Dera chief told the special CBI court that he’s impotent, physically incapable of performing sex.  The presiding judge reportedly shot back asking, “how your daughters were born?” Meanwhile, in the ongoing search operations inside the Dera Sacha Sauda headquarters in Sirsa, a tunnel and passageway connecting Singh’s quarters to the hostel of his female disciples were uncovered on Sunday.
Meanwhile , no proper record of dead bodies being sent from the hospital running inside the Dera Sacha Sauda headquarters was maintained while a skin bank was running without license, a senior official said as the mammoth “sanitisation” exercise of the complex was completed on Sunday.

Secret tunnels, including one which linked jailed sect chief Gurmeet Ram Rahim Singh’s plush residence with female disciples’ hostel, an empty box of AK-47 cartridges, an illegal firecracker factory were among other shocking detections made, according to Haryana’s Public Relations Department Deputy Director, Satish Mehra.Irregularities in the implementation of the Medical Termination of Pregnancy (MTP) Act by the Dera were also detected, he said.

A secret tunnel from Ram Rahim’s plush residence to the female disciples’ hostel was found during the Dera raids.The sanitisation exercise, which involved various government agencies, ended on Sunday and will bring some comfort to the locals as the mobile internet as well as train services, which had been suspended, will resume from tomorrow, he said.

The sanitisation exercise was conducted two weeks after Dera chief Gurmeet Ram Rahim Singh was convicted and jailed by a special CBI court for raping two disciples.There was large scale violence following the sect head’s conviction which left 35 people dead in Panchkula alone.Violence broke out in Sirsa, where six died, and many parts of Punjab as well.

“The search operation process in the Dera was launched on September 8 and was overseen by Court Commissioner AKS Pawar. The search operation continued till Sunday and the process is complete now,” Mehra told reporters this evening. He said the process remained smooth and peaceful.Giving details, Mr Mehra said that a health department team searched a hospital running inside the Dera and sealed a skin bank which was allegedly “running without license”.

The other fibre glass tunnel detected by the security forces opened some five kilometre away from the Dera head’s private residence.Computer hard disk drives, an unregistered Lexus car, an OB van, Rs. 7,000 of demonetised currency, Rs. 12,000 cash and some pharma medicines without labels or a brand name, a walkie-talkie set were also seized, the official said.

Forensic teams were also involved in the sanitisation exercise.During the sanitisation operation inside the Dera, the authorities also found five boys, two of them minor, from Upkar Colony, where some Dera followers permanently reside, he said.”The search operation process is 100 per cent complete now. Officials in charge of various sectors made for the purpose of search have submitted their report to the Court Commissioner AKS Pawar who has to submit the report to the Punjab and Haryana High Court, Mehra said.
The Dera’s sprawling headquarters include a township of its own, with schools, a sports village, a hospital, a shopping mall and a cinema hall. The property is also home to an ostentatious ‘7-star MSG resort’ with replicas of Eiffel Tower, Taj Mahal, Kremlin and Disney World inside. The Dera headquarters, spread over nearly 800 acres, was divided into ten zones for the purpose of sanitisation and searches, with each zone under the control of a senior officer.ndtv.com.