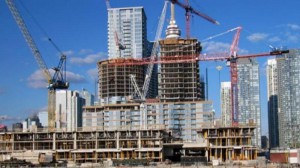 NEW DELHI: Rajya Sabha today passed the Real Estate (Regulation and Development) Bill, 2015. It seeks to set up a regulatory authority for the sector. The Bill is aimed at protecting the interests of the large number of aspiring house buyers while at the same time enhancing the credibility of construction industry by promoting transparency, accountability and efficiency in execution of projects.
Replying to a three hour long debate on the Bill, Urban Development Minister M. Venkaiah Naidu termed it as historic and pro-people. Mr Naidu said there is no conflict between the regulatory body to be set up under the proposed legislation and development authorities.

Earlier, piloting the Bill, Mr Naidu said, the Bill seeks to regulate the sector, which is currently facing slump and over ten lakh houses are unlocked across the country without any buyers. He allayed fears of some opposition members that the bill encroaches on the powers of state government.
Kumari Selja of the Congress, who as then Urban Development Minister had first introduced the bill in 2013, endorsed her party’s support to the Bill. She suggested, there should be a non-discriminatory clause to give equal opportunity to all sections of the society.
On it, the Minister said there will be no discrimination of any kind and it will be included in the rules. In the Bill, there is provision of imprisonment of up to three years in case of promoters and up to one year in case of real estate agents and buyers for any violation of orders of Appellate Tribunals or monetary penalties or both.
Our correspondent reports the Bill puts in place an effective regulatory mechanism for orderly growth of the real estate sector which is the second largest employer after agriculture.
The Bill seeks to regulate transactions between buyers and promoters and provides for setting up of state level regulatory authorities. It also provides for registration of promoters and agents with the authorities.
The promoters are mandated to deposit 70 per cent of the money collected from buyers in a separate bank account, to be used only for construction of that project. They will also have to disclose project information including details of the promoter, land status, status of approvals, agreements along with details of real estate agents and contractors.
The commercial real estate has also been brought under the ambit of the Bill. Projects under construction are also required to be registered with the Regulatory Authority.
In a tweet message, the Prime Minister said, passage of Real Estate Bill is a great news for aspiring house buyers. He said, the bill fully ensures more transparency, accountability and efficiency in real estate sector, freeing it from many existing flaws.
He said, It will transform the sector. The Prime Minister said, effective regulatory mechanism will lead to orderly growth of the sector & give a strong impetus to our vision of ‘Housing for All’.