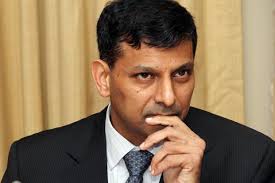 MUMBAI: : Hailed as a troubleshooting “James Bond” of central bankers amid India’s currency crisis last year, Raghuram Rajan was given a licence to kill inflation with higher interest rates and drive a programme of monetary policy reforms.Now, the governor of the Reserve Bank of India (RBI) may need all the suave charm of the fictional British spy to sell that same hard-nosed agenda to a powerful new prime minister who is determined to revive economic growth and create jobs.
Rajan, who calls high inflation a “dangerous disease”, won plaudits after he took office in September for arresting a rupee freefall and helping restore investor confidence that had all but evaporated under a lame-duck government led by the Congress party.This month’s decisive election win by the pro-growth Bharatiya Janata Party (BJP) shifts the power dynamics. Now, investors and voters are looking to Prime Minister Narendra Modi to stir India’s economy from its prolonged torpor, putting Rajan and Modi on a collision course if inflation stays high.
In his first months on the job, Rajan overcame push-back from within the central bank as well as the finance ministry to shift the benchmark inflation measure from wholesale to consumer prices. The consumer price index (CPI) is the global standard, but in India the higher level of CPI meant Rajan was likely to keep rates tighter for longer . High interest rates make credit more expensive and create a difficult environment to re-ignite growth.
But if, as many expect under Modi, the investment climate improves and government expenses are managed better, Rajan might get some relief on the inflation front. Investors expect Modi to bring down inflation by cutting subsidies, improving food distribution and promoting investment in infrastructure.
“The Modi-Rajan equation reminds us of that between Volcker and Reagan, where it was a
combination of the central banker’s inflation-fighting cred and the latter’s charismatic image,” said Philippe Jauer, chief investment officer at fund manager Amundi Singapore. Paul Volcker was head of the U.S. Federal Reserve when Ronald Reagan was president in the 1980s.
For now, the RBI is expected to leave interest rates on hold at its policy review on Tuesday, but investors will be scouring Rajan’s accompanying statement for clues to whether the new government’s strong electoral mandate has changed his rate outlook.Investors expect the next policy move will be a rate cut, but perhaps not before early next year.