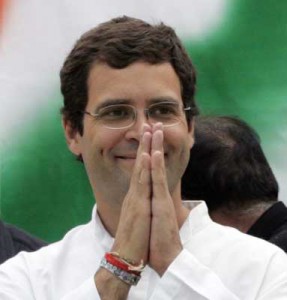 NEW DELHI: Rahul Gandhi, who is on a long sabbatical, is likely to return on April 12 ahead of of Congress’ proposed Kisan rally here on April 19 against the Land Acquisition Bill brought out by the Narendra Modi government.
The rally is significant as it is being held on the eve of the second phase of the Budget session of Parliament at a time when almost the entire opposition has joined ranks against the ordinance, which is being dubbed by them as “anti-farmer and pro-corporate”.
Lakhs of farmers from all over the country are expected to attend the rally, being held at the historic Ramlila ground in the national capital, which Congress is planning to turn into a mega event seeking to exploit the strong sentiments in the countryside over the issue.
Congress leaders said lakhs of farmers are expected to participate in the protest action with several states planning to bring large contingents, especially those bordering Delhi like Uttar Pradesh, Haryana and Rajasthan.
The party had earlier booked Ramlila ground for April 12 but postponed the event by a week.Congress President Sonia Gandhi will address the rally as also all prominent leaders of the party, Singh said.
Earlier, Congress chief had rejected government’s offer for a dialogue, saying it was a “mockery” as the BJP regime had unilaterally imposed the land ordinance.
Dubbing the bill as anti-farmer, she had accused the government of “bending over backwards” to favour industrialists.