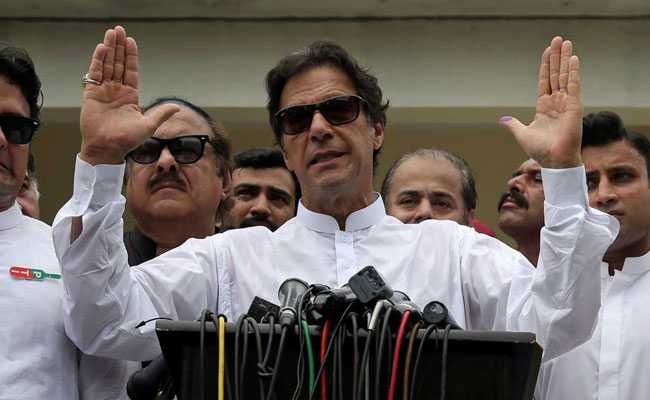 NEW DELHI : As the global terror financing watchdog meets virtually for the second day on Thursday, India hopes that the international body would be able to exert pressure on Pakistan which, it says, has clearly failed to crack down on terror financing and money laundering.
From a 27-point action list handed over by the Financial Action Task Force (FATF), India believes that Pakistan has failed at least six conditions including the lack of action against charitable organisations or NPOs (non-profit organisations) connected to terror groups banned by the UN Security Council, and delays in the prosecution of banned individuals and entities like Lashkar-e-Taiba chief Hafiz Saeed and operations chief Zaki Ur Rehman Lakhvi, as well as Jaish-e- Mohammad chief Masood Azhar.
“Even though Hafiz Saeed was sentenced in February this year to 11 years in prison in a terror-financing case, he is not in jail and others also remain ‘untraceable’ as far as Pakistan is concerned. Queries have been raised on each of the missing terrorists, but no efforts have been made to trace them by Pakistan,” a senior official in the Home Ministry told.
The FATF had placed Pakistan on the grey list in June 2018 and asked Islamabad to implement a plan of action to curb money laundering and terror financing by the end of 2019, but the deadline was extended later on due to the COVID-19 pandemic.
“The country will succeed in exiting the FATF’s grey list by June next year,” The Express Tribune reported, quoting diplomatic sources. With 6 key tasks pending on anti-terror to-do list, Pak likely to remain in FATF grey list next week.
The report said Pakistan is unlikely to exit the FATF grey list, but the country has managed to avert being blacklisted. It said that the country had completed its legal formalities and informed the watchdog that it had managed to comply with 21 of the points in the action plan.
The International Cooperation Review Group of the FATF has acknowledged that Pakistan had complied with 21 points of the action plan, the report said. Seeking to wriggle out of the FATF’s grey list, debt-ridden Pakistan in August imposed financial sanctions on 88 banned terror groups and their leaders, including 26/11 Mumbai attack mastermind and Jamaat-ud-Dawa (JuD) chief Hafiz Saeed, Jaish-e-Mohammed (JeM) chief Masood Azhar and underworld don Dawood Ibrahim.
Why FATF kept Pakistan on Enhanced Follow-up In February, the FATF gave Pakistan, which missed 13 targets, a four-month grace period to complete its 27-point action plan against money laundering and terror financing committed with the international community.
In its third plenary held virtually in June, the FATF decided to keep Pakistan in the grey list as Islamabad failed to check flow of money to terror groups like Lashkar-e-Taiba (LeT) and Jaish-e-Mohammed (JeM).
With Pakistan’s continuation in the ‘grey list’, it is increasingly becoming difficult for the country to get financial aid from the International Monetary Fund (IMF), World Bank, Asian Development Bank (ADB) and the European Union, thus further enhancing problems for the nation which is in a precarious financial situation.
In July, Pakistan’s Senate unanimously approved two bills related to the tough conditions set by the FATF. In August, Parliament’s lower house passed four FATF-related bills as part of the efforts by Pakistan to move from the FATF’s grey list to the white list.

FATF all set to decide on Pakistan’s grey list status in virtual meeting In August, Prime Minister Imran Khan had warned that if blacklisted at the FATF, Pakistan’s entire economy will be destroyed due to inflation and a massive fall in Pakistani Rupee.

The FATF is an inter-governmental body established in 1989 to combat money laundering, terrorist financing, and other related threats to the integrity of the international financial system. It currently has 39 members including two regional organisations – the European Commission and Gulf Cooperation Council. India is a member of the FATF consultations and its Asia Pacific Group.
(With Inputs from Agency Reports)