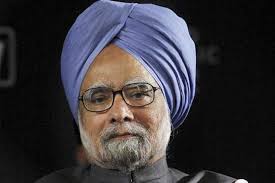 NEW DELHI : Prime Minister Manmohan Singh will meet Chief Ministers of all northeastern states here on Monday to review infrastructure and development projects in the region.
Chief Ministers of Assam, Arunachal Pradesh, Meghalaya, Nagaland, Manipur, Mizoram, Tripura and Sikkim will meet the Prime Minister to review ongoing infrastructural and development projects, their progress and problems being faced by many of them, official sources said.
The Prime Minister, who represents Assam in Rajya Sabha, is expected to stress upon early completion of the projects, especially those related to road, railway, telecommunication and hydroelectricity.
A number of projects in the northeast are facing environmental hurdles while progress of some are slow due to insurgency problems.
Kidnapping for ransom of those involved in implementing infrastructure projects is very common in the region which often hamper their timely completion.
The meeting is likely to pave way for early completion of the major projects which are delayed by many years due to financial constrains.
Chief Ministers like Manik Sarkar (Tripura) and Mukul Sangma (Meghalaya) are likely to draw the Centre’s attention towards the need to improve border trade with Bangladesh besides improving connectivity through the neighbouring country.
India has already decided to set up a new railway line between Tripura capital Agartala and Akhaurah in Bangladesh and construct a bridge over river Feni to get access to Chittagong international port, 72 km away from Tripura’s border town Sabroom, 135 km south of Agartala.
Another project, connecting Mizoram through Myanmar’s Kaladan river is also being implemented but running behind schedule.
The Prime Minister is also likely to take stock of the progress of construction of roads along Sino-Indian border in Arunachal Pradesh.