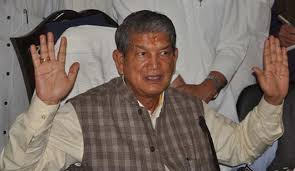 NEW DELHI: Uttarakhand will remain under President’s Rule for now, the Supreme Court said today, keeping status quo until it takes a final decision. A floor test that the state’s high court had ordered the Congress’ Harish Rawat to take on Friday will also not be held.
Here are 10 developments in the story:
At today’s hearing, the Supreme Court asked the Centre to answer seven questions, including, “Can a delay in the floor test be a ground for proclamation of President Rule?”The Centre introduced President’s Rule on March 27, one day before Harish Rawat was to take a trust vote.
The Centre argues that Mr Rawat had lost the right to rule when he presented the state’s budget in March and nine Congressmen voted against it, though, it added, it was wrongly declared passed by the Speaker.
“The Speaker is the master of the assembly,” said the Supreme Court today. Arguments will continue in court next week.
Mr Rawat and the Congress accuse the Centre of misusing President’s Rule to get rid of an elected government led by an opposition party.
“I am hopeful,” Mr Rawat, who turns 69 today, had said before the court hearing.Last week, the top court had put on hold a high court order cancelling President’s rule.
The order had meant that Mr Rawat, who held two cabinet meetings immediately after the high court ruling, had to step down again.
Congress members have blocked Parliament over Uttarakhand and shouted slogans in both houses while accusing the Modi government of using underhand means to take over opposition-ruled states.
The high court had said President’s Rule should be a “last resort” and dismissing an elected government breeds cynicism in citizens.