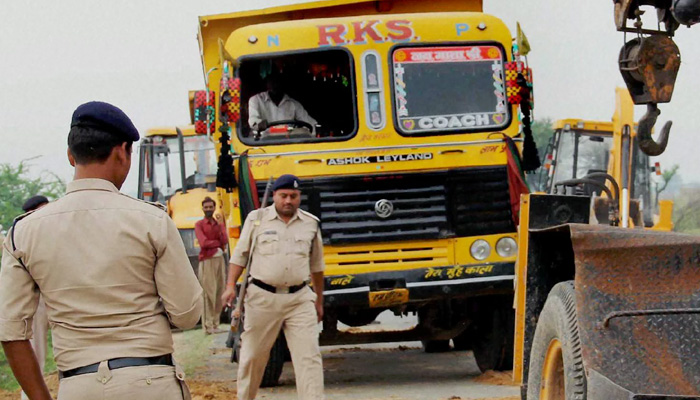 JAIPUR : In a horrific incident, a dumper carrying stones from an illegal mine ran over a Rajasthan Police constable trying to stop it, crushing him to death on Tuesday night. Family members of 30-year-old constable Lalaram Yadav are mourning his death in Chandali village in Alwar district.

Lalaram, who had gone to a quarry to check illegal mining, was killed at Kairant Mod in Alwar district on Tuesday night, circle officer, Bhiwadi, Siddhant Sharma, said. “He tried to stop the dumper, which was carrying stones from the mine, but the driver did not stop and crushed him,” he said.

The dumper owner, Tamim, and his brother, Wasim, who was driving the vehicle, have been arrested, he said.The body of the constable, who was attached to the Chupanki police station in Alwar, was handed over to his family, he said.Lalaram’s father, meanwhile, told  “We want justice to be done.”

Satveer, a friend of Lalaram, said, “The dumper that crushed Lalaram to death could have been stopped earlier. The fact that it was not shows there was laxity on the part of police. Illegal mining has become rampant in Bhiwadi.”