NEW DELHI : The Prime Minister’s Office today denounced a memoir written by his former adviser Sanjaya Baru, which claims that Dr Manmohan Singh had been “defanged” by the Congress in his second term, and he seemed to surrender to party chief Sonia Gandhi and allies.”It is an attempt to misuse a privileged position and access to high office to gain credibility and to apparently exploit it for commercial gain. The commentary smacks of fiction and coloured views of a former adviser,” said the PM’s office in a statement. 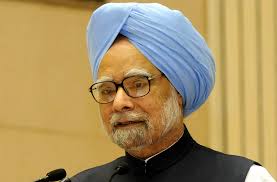 It added that the Prime Minister had told senior editors in October last, “Do not believe all he is saying.”Sanjaya Baru, a journalist, was Dr Singh’s media advisor during his first term as PM between 2004 and 2008.In his book, The Accidental Prime Minister – The Making and Unmaking Of Manmohan Singh, to be released tomorrow, he reportedly quotes Dr Singh as having told him that there cannot be two centres of power.
According to the Press Trust of India, Dr Baru writes that after he had led the Congress party to electoral victory in 2009, Dr Singh had made “the cardinal mistake of imagining the victory was his”. He may have convinced himself that his performance and destiny had again made him the PM, and not Sonia.”Pulok Chatterjee, the Principal Secretary, who was inducted into the Manmohan Singh’s PMO at the behest of Sonia Gandhi, had regular, almost daily, meetings with Sonia at which he was said to brief her on the key policy issues of the day and seek her instructions on important files to be cleared by the PM,” Dr Baru writes in the 201-page book published by Penguin.
“He was also the PMO’s main point of contact with the NAC, a high profile advisory body chaired by Sonia Gandhi, with social activists as members. It was sometimes dubbed the shadow cabinet,” he writes in the book.Mr Baru claims that Sonia Gandhi decided key appointments to the Cabinet and to the PMO.The book releases at a time the Congress party is seen to be fighting its toughest election in years, while battling public anger over prices and corruption after 10 years in power.