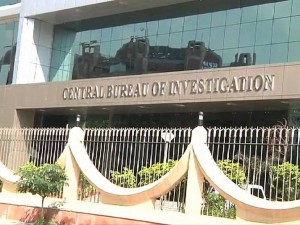 NEW DELHI : Prime Minister Narendra Modi will chair a high-level meeting here on Tuesday to decide on a successor to CBI chief Ranjit Sinha, who will be also demitting his office on the same day.This will be the first appointment of the CBI Director after the Lokpal Act came into being this year.
Among the names doing rounds for the top post were Director General of Rajasthan Police Omendra Bharadwaj and Special Secretary in Home Ministry Prakash Mishra. They are 1977-batch IPS officers from Rajasthan and Odisha respectively.
K S Balasubramaniam, a 1978-batch IPS officer and at present Chief of Kerala police, was also reported to be in the race for the post.
After receiving a nod from President Pranab Mukherjee on the amended Delhi Special Police Establishment (Amendment) Bill, 2014, the Government set in motion the procedure for selection of a CBI chief.The President gave his assent to the amended procedure under which leader of the single largest opposition party in the Lok Sabha can be included in the selection panel.
Lok Sabha passed the amendment to the DSPE bill on Wednesday and it got the nod of Rajya Sabha the next day.As per the DSPE (Amendment) Act, 2014, the leader of the single largest opposition party in Lok Sabha will be included, when no Leader of Opposition (LoP) is recognised, in the panel to recommend the name for the CBI chief.
This paves the way for involving Mallikarjun Kharge, who is the leader of Congress in the Lok Sabha, in the selection process.”No appointment of a Director shall be invalid merely by reason of any vacancy or absence of a member in the committee,” the Act said.
The enactment of the Lokpal and Lokayuktas Act (also known as Lokpal Act) this year has amended the DSPE Act, which governs the functioning of the CBI.Under the existing provisions, the CBI chief has to be appointed by the central government on the basis of recommendation of the selection committee headed by the Prime Minister, and comprising the LoP and the Chief Justice of India or a Supreme Court judge nominated by him, as members.
Earlier, a committee headed by Central Vigilance Commissioner used to recommend names for CBI Director.The amendments in the DSPE Act are being brought in by the government as there is no recognised LoP in the Lok Sabha.
Congress with 44 seats in the 543-member Lok Sabha has emerged as the second largest party after BJP’s 280 but fell short by 11 to stake claim for the LoP’s post for which it requires a minimum strength of 55.