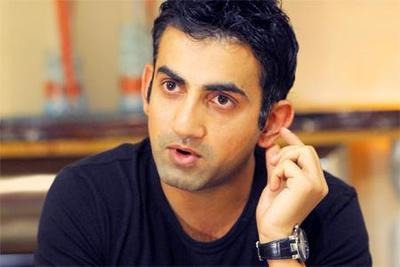 NEW DELHI :  Indian cricketer Gautam Gambhir took to Twitter to share his feelings on the violence caused in Haryana and Punjab due to a special CBI court judgement that held self-proclaimed Godman Gurmeet Ram Rahim Singh as guilty.
The aftermath of the judgement saw the followers of the popular saint going berserk and breaking all rules and regulations on the road. The violence caused by the followers has resulted in the death of 32 people. The news has shocked the whole nation and it has also made Gambhir very upset.

Gambhir tweeted, “Wonder what Ram & Rahim are thinking about the ‘Insaan’ & his misdeeds today! A classic case of religion marketing!”Gambir is known for calling the spade, a spade and this time around too he has not minces his words.  Earlier, too, whenever there has been any issue which drew national attention, Gambhir was quick to respond.zee news.