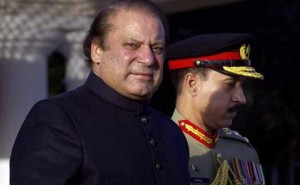 NEW DELHI: Pakistan Prime Minister Nawaz Sharif today said that Pakistan will soon finish the investigations into the Pathankot attack.”It is our responsibility to uncover if our soil was used in the attack. We will do this and the ongoing investigations will soon be completed,” Mr Sharif said.
Mr Sharif said that the talks with India were going in the “right direction” after PM Modi and External Affairs Minister Sushma Swaraj had visited Pakistan, hinting that the attack may have stalled the dialogue, news agency Press Trust of India reported.
The foreign secretary-level talks for January 15 – decided soon after PM Modi made an unscheduled stopover in Lahore to meet Mr Sharif and his family – were postponed indefinitely following the attack.
Security guards deployed outside the Pathankot Air Station in Punjab following the attack.The Pathankot Air Base in Punjab was attacked by six terrorists linked to the Pakistan based Jaish-e-Mohammed in the early hours of January 2 in which seven military personnel were martyred and 22 were injured.

Mr Sharif had set up a committee of top intelligence, army and government officers to investigate India’s allegations after PM Modi spoke to him, asking for prompt and decisive action on the basis of specific evidence.