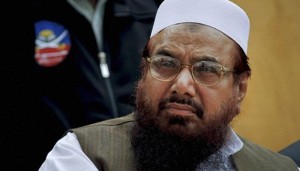 ISLAMABAD: Pakistan’s government has told Parliament that it has placed Jamaat-ud-Dawah (JuD) in list of ‘suspected organisations.

The announcement was made during a discussion in Pakistan Parliament’s upper house on Wednesday, on the role of the country’s intelligence agencies and a policy of patronising selected proscribed groups, reports The Express Tribune. JuD is headed by Hafiz Saeed, who is accused by India of masterminding the Mumbai terror attacks of November 26, 2008.
“The JuD has been put on the list of suspected organisations and appropriate action will be taken against it if it (the organisation) is found involved in any activity other than charity work,” State Minister for Interior Baleeghur Rehman told senators, as per the Pakistani daily.
Rehman further told the Pakistani Senate that the Interior Ministry has been monitoring the group’s activity.