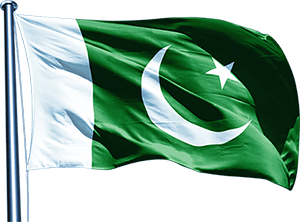 KARACHI: North Korea’s embassy in Pakistan has accused the country’s tax authorities of assaulting a diplomat and his wife, claiming armed officials broke into their Karachi home and held guns to their heads, an official confirmed Thursday.
The written complaint, seen by AFP and addressed to the chief of Pakistan’s Excise and Taxation department, demands action against the officials and warns the incident could seriously impact diplomatic relations.
It said at least 10 armed men from the department burst into the diplomat’s Karachi home on April 9 and attacked him and his wife, dragging her by the hair and hitting them both in the face before aiming guns at the couple. They also shot at photographs of the couple, the letter alleges.

“This is a very serious issue and we have set up a high-powered investigating team to probe into the allegations framed by the Korean embassy,” Shoaib Siddiqui, chief of the department told AFP. The incident was recorded on closed circuit television cameras, the letter, dated April 27, claimed.”We will examine the CCTV film so that we can identify the men,” Siddiqui said.The diplomat’s role in Karachi is not known.
Pakistan and North Korea are infamously linked by Abdul Qadeer Khan, the father of Pakistan’s nuclear bomb, who admitted in 2004 that he ran a nuclear black-market selling secrets to rogue clients including Pyongyang.He later retracted his remarks and in 2009 was freed from house arrest, although he was asked to keep a low profile.
The two countries also share their main ally, China, which is funding a massive infrastructure project in Pakistan and which is the main provider of aid and trade to North Korea, despite being increasingly frustrated by Pyongyang’s nuclear ambitions.
(Except for the headline, this story has not been edited by  staff and is published from a syndicated feed.)