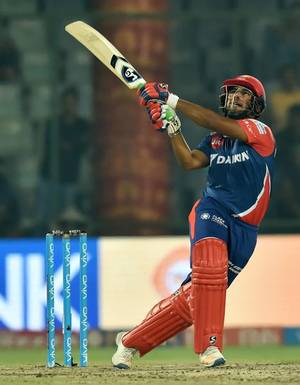 NEW DELHI : Sachin Tendulkar has called Rishabh Pant’s match-winning 97 against Gujarat Lions one of the best innings he has seen in the Indian Premier League history.

“One of the best Innings I have seen in the IPL & that includes all 10 seasons,” tweeted Tendulkar a day after Pant and Sanju Samson (61 off 31) helped Delhi Daredevils chase down 208 at the Feroz Shah Kotla.

The duo shared a 143-run stand off 63 balls for the second wicket to script a famous win.Other former cricketers and current ones playing in the IPL too joined Tendulkar in praising Pant.
Virender Sehwag, who himself played fearlessly, said it was a special innings from Pant.“Love batsman with tremendous belief in themselves which is backed by a special ability for ball hitting.Extra Special today from Rishabh Pant,” said Sehwag.
“Rishabh pant,Sanju Samson …tonite wow..keep an eye on them teams …they are special…” wrote former India captain Sourav Ganguly. pti,