SRINAGAR: Jammu and Kashmir Chief Minister Omar Abdullah on Tuesday questioned the move by the Prime Minister’s Office to put on hold the appointment of private secretaries to Union ministers, saying the ministers need to be trusted about appointing their personal staff. 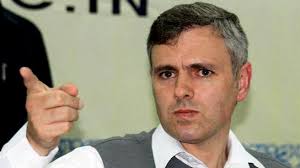 “A strong PMO is one thing but if a minister can’t be trusted to choose a private secretary how can he/she be trusted to run a ministry?” Omar wrote on micro-blogging site twitter.com.The appointment of private secretaries to three Union ministers, including Home Minister Rajnath Singh, has been put on hold with the decision being attributed to a circular from Personnel Department that appointments to a minister’s personal staff, including private secretaries and officers on special duty, should be cleared by the Appointments Committee of Cabinet.
The circular was sent to all secretaries on May 26.
“All ministries and departments are, therefore, advised to ensure strict compliance with the laid down procedure for all appointments, including of officer on special duty, in the personal staff of the ministers,” it said.In the case of Rajnath Singh, the name proposed for the post of his private secretary is Alok Singh, a 1995-batch IPS officer who worked with External Affairs Minister Salman Khurshid in the previous UPA government.
Sources said that the new government is wary about appointing officers who have served as ministerial staff under the previous UPA regime.