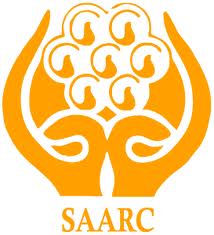 KOLKATA: When South Asian Association Regional Cooperation (SAARC) nations’ leaders meet in Kathmandu this year, Nepal, in November,  a new voice would be heard which would suggest let’s discuss : “Why not a United Nations of Indian Subcontinent? Which will have more substance in agenda for socio-economic development, elimination of poverty, illiteracy,  family planning backed by socio-economic security and an alternative economic policy for people of Indian Subcontinent Nations?’’

A Dhaka-based Society Against Violence and Inhuman Action (SAV&IA) holding a one-day seminar next month here will have eminent professors and writers airing their views on the issue.

It was an old and historic idea. In 1943 when Japan was dealing mortal blows to Anglo-American military strategists everywhere in South East Asia, first such idea was mooted by all South East Asian leaders and a Conference was held in Tokyo for Co-prosperity Sphere which even China joined. The pan-Indian leader Netaji, an ally of Japan, was leading Indian National Army (INA) and was fighting the Anglo-American forces however didn’t join though he told Japanese Prime Minister General Tojo that while he would attend the meet as an observer, but as the issue was serious “until India is free a decision whether to join the bloc couldn’t be taken. General Tojo agreed,’’ read the theme paper of the SAV&IA.

A  SAV&IA spokesperson told Newstrack24x7.com that as months and years rolled by since former Nepal King Birendra Shah gave a call for a bloc and former Indian Prime Minister Morarji Desai seriously agreed that body should be formed with former Bangladesh President Ziaur Rahaman was requested to draft a paper on areas of common interests leading to setting up of SAARC, “we see the body has failed to reach a common target of even peace and development.’’

“Though with years SAARC got expanded with more members, like Afghanistan joining the group and with list of observers going up – from America, Japan, China joining as observers – till now we do not have an apt agenda for total socio-economic crisis that is touching us with disastrous impact,’’ spokesperson said.

Pre-Independent anti-Partition leader Netaji didn’t join but he also spoke on these lines, especially elimination of poverty, family planning and for creating an alternative economic policy which none of our SAARC leaders could achieve.

“Before November we want our SAARC leaders tryout a new concept of United Nations of Indian Subcontinent without sacrificing nationalism which isn’t a dirty word,’’ the theme paper said.