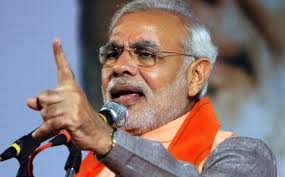 much-hyped ‘Run for Unity’ campaign to mobilise support for the world’s tallest statue in Gujarat has run into controversy with a college in Jamnagar imposing a fine of Rs. 100 on students who did not participate in the two-km marathon.

Over 200 students of a commerce college in Bhanwad near Jamnagar in western Gujarat were shocked by a notice that said a fine of Rs. 100 each will be charged from them for not turning up for the marathon held on December 15 to build the multi-crore Sardar Patel statue.

Though the college authorities withdrew the order after critics and local media lashed out at the Gujarat Chief Minister for garnering support through coercion, the student community was left fuming.

“We were directed that we should turn up for the run. But since we could not, we were slapped a notice and told to pay Rs. 100 as fine. We were even threatened that we would not be allowed to participate in the exams,” a student said.

The college authorities admit that such a notice was indeed pasted in the college premises.

“We had got a directive from education department officials that students should be told to turn up for the run. But we issued a notice. No student was fined or prevented from appearing for examination,” college principal J R Vanja told NDTV.