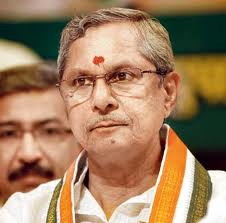 NEW DELHI : is “not surprised” over NCP’s announcement that it is willing to extend outside support to BJP to form government in Maharashtra.A senior AICC functionary today said, “It was well- planned. Now it is playing out what I had apprehended long back. We are not at all surprised.”
He claimed that contrary to NCP’s charge that Congress was behind the break-up of the alliance, “last minute efforts were on from our side” to save it.”It seems NCP had decided their course of action long back,” said the party leader on the condition of anonymity.
After ally NCP’s announcement on September 25 that it will walk out of the alliance in Maharashtra, Congress had alleged it was a “pre-scripted” decision of Sharad Pawar’s party.“Congress always made efforts to keep secular forces together. From our side, we made all efforts to ensure that alliance continues and there was never a lack of communication.
“But it seems, the script was already already written before,” Congress General Secretary in-charge of the state Mohan Prakash had then said.In a surprise development, NCP today offered outside support to BJP to form a government in Maharashtra “in the interest of stability and development” of the state.
“The people of Maharashtra have not given mandate to any single party. No party is in a position to form a stable government on its own. Keeping in mind the interest of Maharashtra people, we feel we should support the party which can form the government. Maharashtra needs a stable government.
“BJP has emerged as single largest party and we feel that we should given them support from outside so that they can form the government in the interest of the stability and development of the state,” NCP leader Praful Patel said.NCP was in the government headed by Congress for last 15 years in the state.