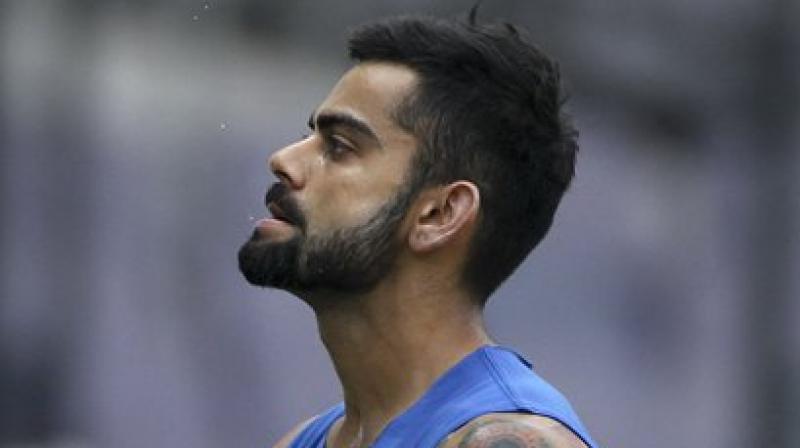 NEW DELHI : “There’s no one team on the box, so you have to accept losses. We have shown the composition in pressure situations most often in this tournament, but that is no guarantee you’re going to do it every time. They showed better skill, better composure than us,” said Virat Kohli.

Kohli also said he had no regrets with his team combination, which included two spinners in Ashwin and Jadeja, both of whom had an off day in the final. “We created a combination after the loss to Sri Lanka. We didn’t want to be too predictable from there on in the tournament. While there were no answers forthcoming on how a less fancied, less experienced Pakistan team could display better composure than India in the final, captain Virat Kohli admitted his team had been thoroughly outplayed.

Two spinners together did a good job for us. I have no regrets in playing the combination that I played today. Every spinner has challenges on flat decks. There’s only so much you can do as a bowler when you’re making them play where you want them to play, but still those shots are coming off,” Kohli said.

Indian cricket captain Kohli’s post-match press remarks, after his team’s defeat in the Champions Trophy final on Sunday, said were widely appreciated by Pakistani fans. Kohli was not only thanked by cricket lovers from across the border but also described as a gentleman. The 28-year-old’s address after his side’s 180-run loss was even praised by the cricketing community.

“I want to congratulate Pakistan, they had an amazing tournament, the way they turned things around, speak volumes for the talent they have. They proved it again, they can upset anyone on their day, disappointing for us but I have a smile on my face because we played well to reach the final,” Kohli said.

“When players (Fakhar Zaman) like that get going on their day, it becomes really difficult to stop them because I think 80 percent of his shots were high-risk — and they were all coming off,” said Kohli. “As a bowler and as a captain when that is happening … sometimes you have to sit and say ‘the guy is good enough on the day to tackle anything’.

“We certainly tried to make them hit in areas that we felt it would be uncomfortable, but we just didn’t have anything going our way in that partnership.”Meanwhile, reflecting on India’s tournament as a whole, Kohli insisted: “We can (still) be very proud … and we leave here with our heads held high.

“Credit to everyone for standing up and showing that resilience and reaching the finals — (but) we were outplayed in all departments.”In the end … you have to accept and admire sometimes the skill of the opposition,” Kohli added sportingly.Former cricketers Brendon McCullum and Shane Warne too took to Twitter to appreciate Kohli.
Mohammad Amir removed all of India’s top three as Pakistan routed their arch-rivals at The Oval. Title-holders India, set 339 to win, collapsed to 33 for three and 54 for five against a Pakistan side they had thrashed by 124 runs in their tournament opener at Edgbaston on June 4.
They were eventually dismissed for 158 in reply to Pakistan’s 338 for four, which featured Zaman’s 114, the left-handed opener’s maiden one-day international hundred coming in just his fourth match at this level.