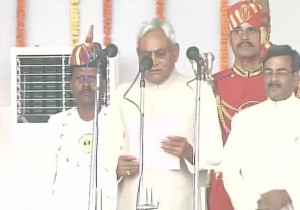 As per constitutional provision of cabinet quota being fixed at 15 per cent of the House strength, Nitish Kumar could have a maximum of 36 members, including himself, in the ministry.