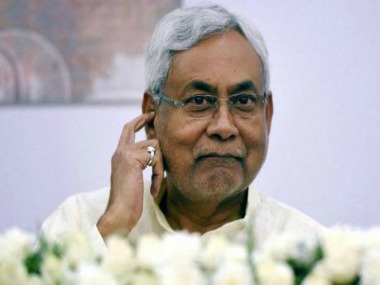 PATNA : Allies Nitish Kumar and the Congress are trying to bridge the gap that busted out after they decided to back competing candidates for the President of India.
In what’s being accepted as a gesture of courtesy to the Congress, Mr Kumar, who is the Bihar Chief Minister, made sure he was not in Patna today as Meira Kumar arrived there – he left the capital, citing health issues.
The 72-year-old former Speaker is the presidential nominee of 17 parties, led by the Congress. Mr Kumar, who is a member of that bloc, has chosen to support the BJP’s choice, Ram Nath Kovind, who was the Governor of Bihar.
Partly on account of Prime Minister Narendra Modi’s outreach to regional parties, the BJP is well placed to have Mr Kovind tenant Rashtrapati Bhawan.
Yesterday, a TV Channel reported that Rahul Gandhi, the No 2 in the Congress, has instructed his party to make nice with Mr Kumar; sources say those who attacked the Chief Minister over his support to the BJP will be penalized.
That will not extend to senior leader Ghulam Nabi Azad who suggested Mr Kumar’s mercurial principles are based on self-interest. The Chief Minister retaliated that the Congress has led the opposition into “a mess”, partly by taking too long to select Meira Kumar as the presidential candidate. Yesterday, Mr Azad ceded that the process had taken long, but stressed in a TV interview that was “unavoidable when there are so many parties on board.”

Mr Gandhi is expected to meet privately with Mr Kumar next week. The Chief Minister has been asked to New Delhi for an opposition meeting on who to select for Vice President, who will be chosen in August, weeks after the Presidential contest is decided.

The Congress hopes this time to move more decisively and retain Mr Kumar’s support. While he may depute a representative to the opposition meeting, sources say he is committed to seeing Mr Gandhi.
“We have been all for opposition unity. We had been working for it in the past, and will continue to do so,” said Sharad Yadav, who is a top leader from the Chief Minister’s party, the Janata Dal United or JDU..The Congress expressed similar sentiment.  “We are together, both inside and outside parliament, both inside and outside the assembly,” said Mr Azad of the Congress.ndtv.