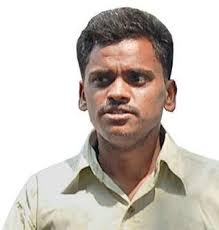 NEW DELHI : Surinder Koli, the self-confessed cannibal found guilty of murdering young women and children at a bungalow near Delhi, will not be hanged till October 29. His execution was stayed in the first open court hearing by the Supreme Court to review its earlier decision to confirm a convict’s death sentence.
Mr Koli, 42, was set to be hanged this week in Meerut in Uttar Pradesh, but it was stayed on Sunday night, at a special hearing at Justice HL Dattu’s home at 1.30 am. Today, his execution was suspended for the second time by the Supreme Court, which said in a landmark ruling recently that every death row convict has the “fundamental right” to be heard in an open court. News agency IANS reports that Mr Koli recently asked jail officials if “hanging is painful.” On Thursday, he also met his mother for the first time since he was jailed eight years ago.
Mr Koli had confessed to having sex with his dead victims and also eating some of their body parts. He worked at the home of Moninder Singh Pandher in the area of Nithari in Noida on the outskirts of Delhi where as many as 19 girls are feared to have been raped and killed. He was sentenced to hang for murdering 14-year-old Rimpa Halder in 2005. He has already been convicted of five cases of murder, rape and cannibalism while 14 more cases are still pending, although the death sentence only relates to the killing of Rimpa. Though Mr Pandher was also charged with first degree murder in the same case, he was acquitted in 2009.