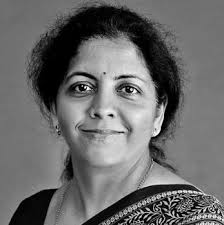 SYDNY: Union Minister Nirmala Sitharaman tweeted early on Friday that her baggage had been lost on an Air India flight to Australia. “Landed in Sydney to take a connecting flight to Cairns. My checked in luggage not traceable,” said her first tweet. About an hour later, she added, “On board my connecting flight to Cairns.
All my formal wear in the lost suitcase! Not sure I can buy Saris in Cairns! Situation precarious!” Ms Sitharaman, the Union Minister of State for Finance, is traveling to Australia for a G-20 meeting from tomorrow. Related Air-India Loses Minister’s Luggage AirAsia Offering Special Discount on All Flights She finally tweeted,
“Air India – had a word of praise for the music collection on board. But now my luggage missing. Hopefully, you’ll get it in time for me.” Air India was reportedly able to trace the lost baggage and send it to Cairns, saving the minister an emergency shopping trip.