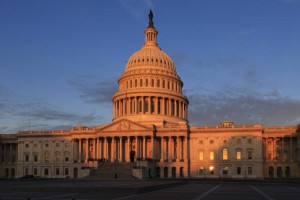 NEW DELHI : The U.S. and India are the two largest democracies in the world. In the early 1990s, India became an economic powerhouse by embracing the free enterprise system — the very system that made America so strong. India is now the world’s third largest economy and has quickly become one of America’s greatest trading partners.
Notably, American exports to India have increased by 491 per cent since 2001. Bilateral trade between the countries has reached $100 billion and may rise to $500 billion by the end of the decade. These are not idle numbers. They tell the story of Americans who got jobs, earned promotions and started businesses because they embraced India as a trading partner.
This is a story that needs to reach more Americans, especially since the country’s economic recovery has floundered under the Barack Obama administration.
Thankfully, new opportunities for trade have arisen. In May this year, Narendra Modi was elected as India’s Prime Minister in what was called “the biggest exercise of democracy on the planet.” The excitement over the promise of economic freedom and prosperity spurred over 550 million people to vote, representing a record turnout of 66 per cent. Prime Minister Modi is known for pro-growth policies that have pulled millions of Indians out of poverty. As the Chief Minister of Gujarat, he oversaw a State whose economy experienced 10 per cent annual growth during the 2000s. This phenomenal economic record was achieved through his pro-business philosophy, earning him the title, ‘Ronald Reagan of India.’ With new leadership in New Delhi, now is the time for the U.S. to renew its relationship with India.
In March last year, the National Indian American Public Policy Institute (NIAPPI) organised a historic visit by a very high-level congressional and business delegation to visit Prime Minister Modi, then the Chief Minister of Gujarat. NIAPPI recently announced the formation of the NIAPPI Business Council (NBC) led by New Jersey businessman Anil Monga to increase U.S. investment in India, as well as increase trade between the U.S. and India by tenfold in the next 10 years.
This Council will also facilitate exports of manufactured goods from India, reducing the U.S.’s overwhelming dependence on Chinese imports. The U.S. should encourage full support of this important council from the U.S. Congress and the government of India.
Mr. Modi is scheduled to visit the U.S. later this week. As the country greets the new Prime Minister, it is imperative that it reviews its policies and legislative proposals to ensure that it treats its partner fairly. One such proposal — the Senate’s immigration reform bill — contains a number of provisions that would hurt India’s IT industry.
This is yet another flaw with the Senate’s gigantic immigration bill. Pressed by India’s External Affairs Minister during his trip to India in May, U.S. Secretary of State John Kerry expressed the Obama administration’s support for “some changes” that would deal with those provisions. That is encouraging for U.S. businesses that rely on Indian companies to deliver high-quality IT services. After all, the U.S.’s treatment of Indian companies in the U.S. will directly affect how its companies are treated in India. Likewise, India needs to understand the value and necessity of contractual law so that the two countries can continue to form and strengthen relations. A re-evaluation of policies from both sides will help build the foundation for a mutually beneficial relationship that will bolster the partnership between the two great nations.