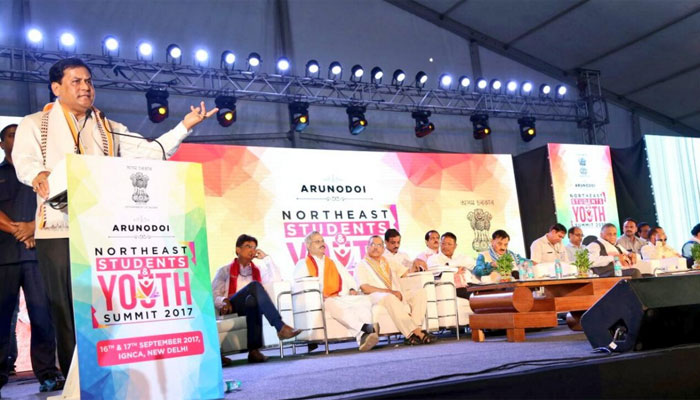 NEW DELHI : PM Narendra Modi’s push for a “New India” would begin from the North East as it is the starting point of the government’s South East Asia connectivity project, Assam CM Sarbananda Sonowal said on Saturday. “Through the Act East policy, we have envisaged making Guwahati the hub of South East Asian connectivity. I believe New India starts from the NE,” he said.

Sonowal said his government has prioritised PM Modi’s vision of making the North East region as the new engine of India’s growth. He said efforts to attract investments and develop infrastructure are a landmark step towards rapid development of the state capital region. “Let us pledge to dedicate our time and efforts for building a clean Assam for a New India,” he said while inaugurating the North East Students & Youth Summit 2017 here.

He said that in his meeting with Finance Minister Arun Jaitley he discussed the revival of the Hindustan Paper Corporation’s two paper mills and formulation of a favourable industrial policy at the earliest. “North East today stands at the cusp of massive transformations. This is led by the youth, realising true potential of our region,” he said.