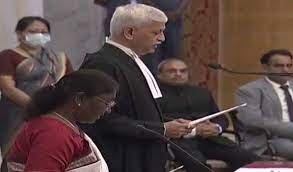 Justice Lalit said, “I have always believed that the role of the Supreme Court is to lay down law with clarity, consistency, and the best possible way to do it is to have larger benches as early as possible, wherever the matters are referred to such benches so that the issues get clarified immediately, the matter has consistency and the people are well aware of what exactly are the contours of the peculiar positions in law.”