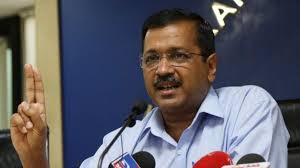 NEW DELHI : The AAP leader and Delhi Chief Minister Arvind Kejriwal launched a tirade against the Centre on the GST hike, price of fuel, and Agnipath scheme and questioned ‘where’ the money of the taxpayers was going. With the ‘revdi culture’ debate gaining momentum against the backdrop of Prime Minister Narendra Modi’s remarks and the Supreme Court’s observations, the Bharatiya Janata Party (BJP) on Thursday hit out at Mr Kejriwal, underlining the difference between freebies and welfare schemes.
Union minister Nirmala Sitharaman has demanded a debate on the distribution of freebies, countering Delhi Chief Minister Arvind Kejriwal’s allegation that the Central government only distributes largesse among its friends in the corporate world. Mr Kejriwal, she added, is giving “perverse twist” to the debate on freebies.
“Arvind Kejriwal is deliberately framing the argument in a manner that is wrong. Nobody is saying that giving free benefits to the poor is wrong. But it is also wrong to classify the loan write-offs as being freebies, or to say that corporate tax rate cut was designed to benefit the corporate,” sources said.
“Health and education have never been called freebies. No Indian government has ever denied them. So classifying education and health as freebies, Kerjiwal is trying to bring in a sense of worry and fear in minds of poor. There should be a genuine debate on this matter,” she told reporters
Meanwhile, Speaking to a TV, Channel  BJP MP Aparajita Sarangi stated that the Prime Minister had expressed his strong disapproval on ‘freebies’, but had always backed welfare schemes for the vulnerable section of the population.
He has said no to freebies but the vulnerable section of the population should be protected through welfare measures. Over 80 crore people are secured with 5kgs of anaj every month. This is not a freebie. In different areas, PM has introduced such measures,” said Sarangi.
She added, “Arvind Kejriwal ji just to garner votes talks of free electricity, giving land to all, without understanding provisions. He is just eyeing votes, which is what PM is taking against.
Inaugurating the second-generation ethanol plant of India Oil Corporation in Panipat on Wednesday, PM Modi reiterated his disapproval of the freebie culture. According to the PM, announcing doles would hurt the interests of the honest taxpayers of the country.
This was perceived as a criticism of AAP, which has made poll promises such as free electricity up to 300 units, a monthly allowance of Rs 3,000 to unemployed youth, and a monthly allowance of Rs 1,000 for all women above the age of 18 years.
After the PM’s remarks, Kejriwal addressed the media on Thursday and launched a tirade against the Centre on the GST hike, prices of fuel, and the Agnipath scheme and questioned ‘where’ the money of the taxpayers was going.

“It is for the first time in the history of the country that the Centre, justifying their Agnipath Yojna, said they’re doing it so they do not have to pay pensions to defence persons anymore. Centre has time and again repeated that they don’t have money, have decreased money that was given to states. Tax being collected is much higher as compared to 2014 but they have no money. Where is the money going?” questioned Kejriwal.

“Never in past 75 years has government  taxed basic food grains. Tax over petrol & diesel is over 1000 cr. They’re now saying all free things by govt should end, fees should be charged in govt schools, hospitals. They’re saying free rations to be stopped. Where did all money of the centre go? They’re forgiving loans of their friends with this government t money. They’ve even forgiven taxes of their billionaire friends,” he claimed.
“Those who speak against free rewari have bad intentions. I am saying, discuss in the country, conduct a referendum on whether people should get electricity, water, education — free or not,” the Delhi Chief Minister said.

The debate about freebies started after Arvind Kejriwal’s Aam Aadmi Party won a massive mandate in Punjab with the Delhi model of governance, which has given them two consecutive terms in power. Under it, free power and water are seen as big draws.
AAP has also made similar promises in Gujarat, where elections are due at the end of this year. In addition, they have promised allowances for the unemployed. The debate got a boost after Prime Minister Narendra Modi, while speaking at a
function in Jharkhand last month, cautioned against the “politics of shortcuts”, saying it can “destroy” the nation. 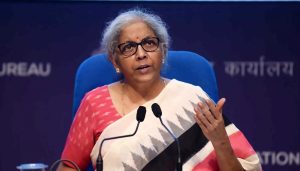