NEW DELHI : The Indian Navy had repeatedly warned the government since 2010 that the poor state of its submarine division, both operationally and in terms of n 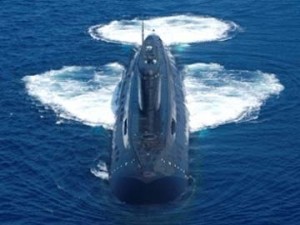 umber of vessels, leaves India very vulnerable to attacks by sea.
In a confidential report to the Prime Minister’s Office and the Defence Ministry, the Navy had expressed concern that by 2015, India would be at its lowest submarine capability ever. This means that by next year, India’s sub-surface strength and anti-access capability in the Indian Ocean region will be its worst ever.The Naval Headquarters, sources said, has reiterated that every year, but nothing has moved on new acquisitions.
India’s current submarine strength is precarious – it has only seven conventional subs. It needs a full fleet of at least 15 subs, including new vessels and older ones refitted.As of now, even if matters are fast-tracked, the country can only begin acquiring news subs by the end of 2015 or early 2016, sources said. Six Scorpene submarines are being built at Mazgaon Docks but the first one will be available only by 2015-end or early 2016 at the earliest.
In more worry, even as this critical capability has eroded, there has been an increase in both submarine strength and capacity of the Pakistan Navy and that of the Chinese PLA Navy. The sorry state of India’s submarines was tragically illustrated this week when two officers were killed and seven sailors injured in a fire on the 25-year-old INS Sindhuratna while it was being sea tested after being refitted without replacing the old batteries
Navy chief Admiral DK Joshi, in an unprecedented move, resigned the same evening, taking moral responsibility of this and a series of other accidents that took place on his watch.

In August last year, a dockside blast had killed all 18 sailors aboard another submarine, the INS Sindhurakshak. There have been eight other mishaps, mostly minor, involving Navy assets in recent months.