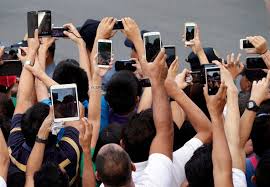 NEW DELHI: After several delays, telcos across India have now launched nationwide mobile number portability (MNP). Private mobile operators like Airtel, Vodafone, RCom, Idea Cellular, and Uninor as well as state-run MTNL and BSNL issued statements indicating their preparedness for Friday’s launch.
Here’s what nationwide NMP means for you:1) Nationwide mobile number portability means you can now move from one part of the country to another without having to change your number.

2) Not only can you change your mobile operator – say from Airtel to BSNL, or Vodafone to Idea – but you can also retain the same number if you are, say, shifting from Mumbai to Delhi.

3) The government had fixed July 3 as the deadline for a national rollout of MNP. The date was originally May 3, but was postponed by the government by two months to allow for all telecom operators to complete their implementation.

4) The process for full MNP is the same as intra-city mobile number portability. Check with the operator you wish to port to for details.

5) Some operators are offering sops like letting customers transfer their prepaid balance from one circle to the other as long as they stay within their network and not switch to another operator.

6) Others like Airtel are also offering free incoming on national roaming from the time a MNP request is raised and until it is processed (as long as your request is to move within the Airtel network).

7) State-run BSNL had recently made national roaming free, and with nationwide MNP now rolled out, it’s expected inter-circle (STD) mobile calls as well as national roaming tarrifs may also be reduced by other operators.

8) In April 2015, a total of 3.17 million subscribers submitted their requests for intra-circle mobile number portability (MNP).

10) India had 973.35 million wireless subscribers at the end of April, as per data released by Trai.