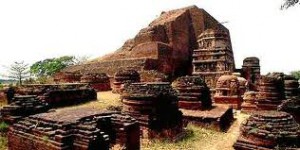 PATNA:  The ancient Nalanda University (NU), which attracted students from the world over, will rise again today, as classes will begin at its newly established campus at Rajgir.The event will also mark the fruition of the idea proposed by former President APJ Abdul Kalam while addressing a joint session of Bihar Legislative Assembly and Legislative Council way back in 2006.
“We will have a low-key launch with classes for the School of Ecology and Environmental Studies and the School of Historical Studies beginning at 9 AM today. Chancellor  According to  N U  Vice Chancellor Dr  Sabharwal Right now there are 15 students and 11 faculty members at the campus,” NU  one  reasons for starting on a small note as she wanted the students and teachers to settle down, and that External Affairs Minister Sushma Swaraj would be visiting on September 14.
“We have decided to have a big function when Mrs Swaraj visits NU on September 14. By that time things will settle down and the media glare will also decrease to some extent,” Dr Gopa  Sabharwal added.
The University on Sunday completed the three-day orientation programme of the students. “More than a thousand students from various countries across the globe had applied for the seven schools on different subjects that will function at the university, of which only 15, including one each from Japan and Bhutan, were selected,” said the VC.
At the time when APJ Abdul Kalam mooted NU, Singapore government had also proposed revival of the university having international character, but suitable to the modern times.
Former Bihar Chief Minister Nitish Kumar also showed a keen interest in it and the work on the concept began soon after.
The NU came into existence by the Nalanda University Act passed by Parliament. Economist Amartya Sen is the Chairman of the Governing Body of the university, while renowned teachers from various countries are its members.
Former Singapore foreign minister George Yeo and Ministry of External Affairs Secretary Anil Wadhwa are also part of the governing body.
The NU campus will be spread over 455 acres and its construction is underway around 12 km from the site of the ancient university, which began during the Gupta period in 6th century AD and came to an end after being ransacked, looted and burnt in 1193 AD by the invading Turk army led by its commander Bakhtiyar Khilji.
As the NU buildings are still under construction, the students and faculty members have been housed at Bihar State Tourism Development Corporation (BSTDC) owned Hotel Tathagat Vihar, the vice-chancellor said.A run-down government office near Rajgir bus stand has been renovated to serve as temporary campus. Classes will also be run at nearby International Convention Centre built by the Bihar government. 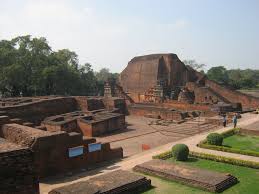 Rajgir is the second most popular place for Buddhist pilgrims visiting Bihar after Bodh Gaya.NU has strived to have a global character and several countries already signing agreements and pitching in with funds. China contributed one million dollars in 2011, which will be used to establish a library at the campus, Dr Sabharwal said.
The architectural plan of the NU has been approved and the extensive campus will also have a huge lake, and the proposed library will come up in the middle of it.
Singapore, the prime foreign mover for the university has pledged around 5 million dollars, while the Thailand Ambassador to India donated 1,00,000 dollars, the VC said adding Australia would provide 1 million Australian dollars for a chair at the School of Ecology and Environment studies for three years.Apart from all the foreign contributions, the Central government has sanctioned Rs. 2,700 crore for a period of 10 years.