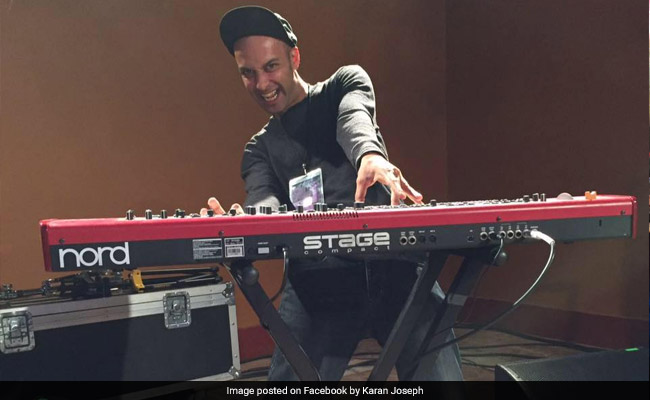 MUMBAI : A 29-year-old musician from Bengaluru, Karan Joseph, allegedly committed suicide by jumping off the 12th floor of a high-rise in suburban Bandra in Mumbai, the police said. Karan jumped off the window of the flat, owned by a company where his friend Rishi Shah works, at Bullock Road, they said.

He had been living there since the last month and was reportedly depressed, said senior police inspector Pandit Thackrey.At around 8.30 am, Karan, who was allegedly watching TV in the living room along with Rishi and other friends, got up and went near the window from where he jumped. He was reportedly drunk, the official said.
Karan Joseph, 29, had performed on MTV Unplugged. Karan was rushed to a nearby hospital where he was declared dead, Mr Thackrey said, adding the musician had gone out on Friday night and returned home only on Saturday morning. According to the police, no suicide note was found from the spot.”His mobile phone will be sent to forensic science laboratory to get any possible lead about the reason behind his death,” the official said.
Karan’s parents had been informed about the incident and his body will be handed over to them after post-mortem, the official said. An accidental death report has been registered and investigation is underway, he added.”Destroyed. Karan Joseph, one of the most incredible Indian musicians, has committed suicide. Played with Pentagram on our MTV Unplugged set,” singer and composer Vishal Dadlani tweeted. ndtv.