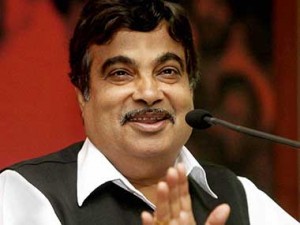 NEW DELHI : Shaken by the untimely death of union rural development minister Gopinath Munde in a road accident on Tuesday, the Centre today said it will amend the Indian Motor Vehicle (Amendment) Bill to upgrade it to the level of international standards.
“The old legislation is not acceptable to me. It has many clauses that are practically not possible. The draft bill will be ready within a month. We’ll then elicit views on its provisions,” union road transport, highways and shipping minister Nitin Gadkari told reporters.The new bill, according to Mr Gadkari, is likely to include measures such as the proposal to install CCTV cameras at all traffic signals, redesigning of heavy vehicles and a centralised data to check misuse of driving licences.
“In a month’s time, we will re-draft the Motor Vehicle (Amendment) Bill in sync with six advanced nations – USA, Canada, Singapore, Japan, Germany and the UK,” he said. The draft-Bill will be placed in a month’s time before the National Road Safety Council, where Prime Minister Narendra Modi will be invited. Views of various stakeholders will also be woven in. It will then be introduced in Parliament.
The Union Minister cited statistics to suggest that the road safety track-record in the country was grim. “In 2012, there were 4.90 lakh accidents, which claimed the lives of 1.38 lakh people.  The data was similar in 2013. There are various reasons behind accidents,” Mr Gadkari pointed out.
“Black spots for accidents will be identified across the nation in coordination with state governments and other stakeholders,” Mr Gadkari observed, adding, “People don’t respect law here. After the passage of the new law, advanced CCTV cameras would be installed at all traffic signals and anyone violating the law will be issued challan in the next 24-hours.”
The existing Motor Vehicles (Amendment) Bill, which had been introduced and passed in the Rajya Sabha in May 2012, proposes hefty penalty for traffic rule violations and drunken driving.Earlier in the day, the road transport minister had chaired a high-level meeting with the officials of his ministry, Delhi Police and other departments to dwell on improving road safety measures.Road safety experts though also say that mere plans won’t help make a difference unless citizens are actively involved in the process.
When well-known comedian Jaspal Bhatti died in a road accident in Jalandhar, while he was on his way for a film promotion, doctors had said, had he strapped on his seat belt on the impact could have been much lesser.Two days after Union Minister Gopinath Munde’s fatal car accident it is hard not to feel a sense of deja vu as doctors, including Health Minister Dr. Harsh Vardhan, point out once again that a seat belt could have saved his life.
Speaking to Reporters   Mr Bhatti’s wife Savita lamented, “It’s unfortunate we don’t learn from our mistakes.”
To understand the need for better road regulations in India, sample this – More people have died on roads than in all wars fought post India’s Independence.