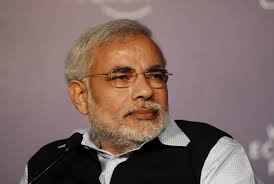 DHAKA:  Even as big Bangladesh political parties, like, Awami League or Bangladesh Nationalist Party (BNP) keep themselves apparently `indifferent’ to great Indian political boil in 2014 general elections, but political establishments worried over “Pakistani influences’’ in Bangladesh feel a decisive political change in India likely to keep Dhaka a little safer.
Speaking to Newstrack, a top leader of not so big a political party, like Awami League or BNP, said: “We aren’t pretending to be indifferent, but we feel if a real decisive change happens in India, infiltration of Pakistani sphere of influence will be stalled and keep Dhaka at a safer distance.’’
According to political sources, if this leader has opened his heart bare, “it is not exactly true that the Awami League or BNP are not bothered either, they are, but examining the spin-offs.’’
While top Congress leaders in Bengal did not have enough time to think of the issue raised by worried section of Bangladesh political parties, but top BJP leaders in Delhi have time to think and react to issues.
Speaking to this writer, in charge of Bengal affairs, BJP leader Siddharth Nath Singh said: “It’s more than apparent that there is an issue of increasing Pakistani influences in Bangladesh and even in Nepal and we are conscious about it vis-à-vis Congress-led UPA I and UPA II failure to come up with an initiative package for Indian neighbours without compromising Indian interest.’’
“We are quite conscious about this,’’ Singh added. So vocal were other top BJP leaders, who feel if party forms the next Government, it would “see to it that we come up with a package of initiative for our neighbours.’’
Incidentally, as Bangladesh parties drop hints about BJP’s prime ministerial candidate Narendra Modi, so also the top BJP leaders in their party offices in Delhi.
“We know about their expectations from us, but we can only assure them at this stage that we know about the harmful impact of growing Pakistani influence in countries like Nepal and Bangladesh which we must deal with,’’ said another top BJP leader on condition of anonymity, hastening to add, “but let India first settle up the Modi issue a little more decisively, after all we know how growing Pak influence in Bangladesh and Nepal could hit Assam and West Bengal very badly.’’
So came a frank admission from Awami League leader (whose Government has been fighting pro-Pak Jammat) who said: “India needs to settle the Modi factor more decisively first for a decisive defeat of growing Pakistan’s destructive influence among its not so militarily strong neighbours.’’  with inputs from Kolkata ,Delhi