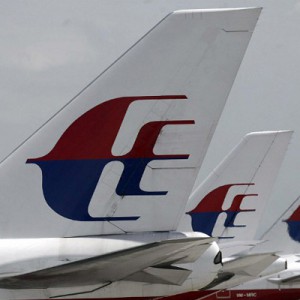 WASHINGTON: Air safety investigators have a “high degree of confidence” that aircraft debris found in the Indian Ocean is of a wing component unique to the Boeing 777, the same model as the Malaysia Airlines plane that disappeared last year, a US official has said.
Air safety investigators – one of them a Boeing investigator – have identified the component as a “flaperon” from the trailing edge of a 777 wing, the US official said on Wednesday.
A French official close to an investigation of the debris confirmed on Wednesday that French law enforcement is on site to examine a piece of airplane wing found on the French island of Reunion, in the western Indian Ocean. A French television network was airing video from its Reunion affiliate of the debris. US investigators are examining a photo of the debris.
The last primary radar contact with Malaysia Airlines Flight 370 placed its position over the Andaman Sea about 230 miles northwest of the Malaysian city of Penang. The French island of Reunion is about 3,500 miles (5,600 kilometres) southwest of Penang. The US and French officials spoke on condition that they not be named because they aren’t authorised to speak publicly.

At the United Nations, Malaysian Transport Minister Liow Tiong Lai said that he has sent a team to verify the identity of the plane wreckage.
“Whatever wreckage found needs to be further verified before we can ever confirm that it is belonged to MH370,” he said. The discovery is unlikely to alter the seabed search, said Australian Transport Safety Bureau Chief Commissioner Martin Dolan, who is heading up the search effort in a remote patch of ocean far off the west coast of Australia.
If the find proved to be part of the missing aircraft, it would be consistent with the theory that the plane crashed within the 46,000 square mile (120,000 square kilometre) search area, 1,100 miles (1,800 kilometres) southwest of Australia, he said.