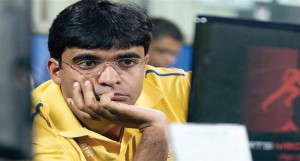 NEW DELHI: Findings recorded by the Justice Mukul Mudgal report on the IPL spot-fixing could be understood as indicting persons against whom the inquiry was conducted, the Supreme Court said on Friday.
Making this observation, a Bench of Justices T.S. Thakur and Ibrahim Kalifulla refused to give any immediate relief to BCCI president N. Srinivasan, who will have to wait till December for seeking re-election. The bench, while ordering the Registry to give copies of the report to the parties, directed the mater to be listed for further hearing on November 24. When senior counsel Kapil Sibal, appearing for Mr.

Srinivasan, informed the court about the urgency of holding elections and allowing Mr. Srinivasan to contest, Justice Thakur said, “We cannot give clarity on whether you can contest or not until this matter is disposed of. We will not be able to take a final call unless the issues raised in the report are addressed.”
The bench recorded an undertaking from BCCI counsel Aryama Sundaram that the Board would postpone the AGM for four weeks till the court completes the hearing. The AGM, normally held before September 30 every year, was postponed to November 20 in view of the pendency of the probe. Meiyappan passed info The Mudgal committee, in its interim report, had said that the role of Gurunath Meiyappan as the Chennai Super Kings team owner and allegations of betting and passing on information against him stood proved.
It, however, said the allegations of spot-fixing required further probe. It also observed that the allegations of betting and spot-fixing against Raj Kundra, co-owner of Rajasthan Royals, needed further investigation. Taking note of the fact that the committee had said that further probe was required, the court in May directed the panel to conduct a detailed investigation in respect of the allegations against the 13 persons, including Mr. Srinivasan, mentioned in the report.
On Friday, the Bench after hearing Harish Salve and Nalini Chidambaram, appearing for the Cricket Association of Bihar, Kabil Sibal for Mr. Srinivasan, Aryama Sundaram for the BCCI,
Ashok Desai for Rajasthan Royals and Mahesh Jethmalani for Chennai Super Kings, decided to disclose the names of four individuals named in the report. In a brief order, the Bench said the report on the role and conduct of the four individuals can be made public and copies given to the counsel for the parties at the first instance. Justice Thakur said, “We can take forward the report against individuals and see how far it takes us. The report on the role of players be not disclosed at this stage. If necessary we can take a call on this aspect later.”