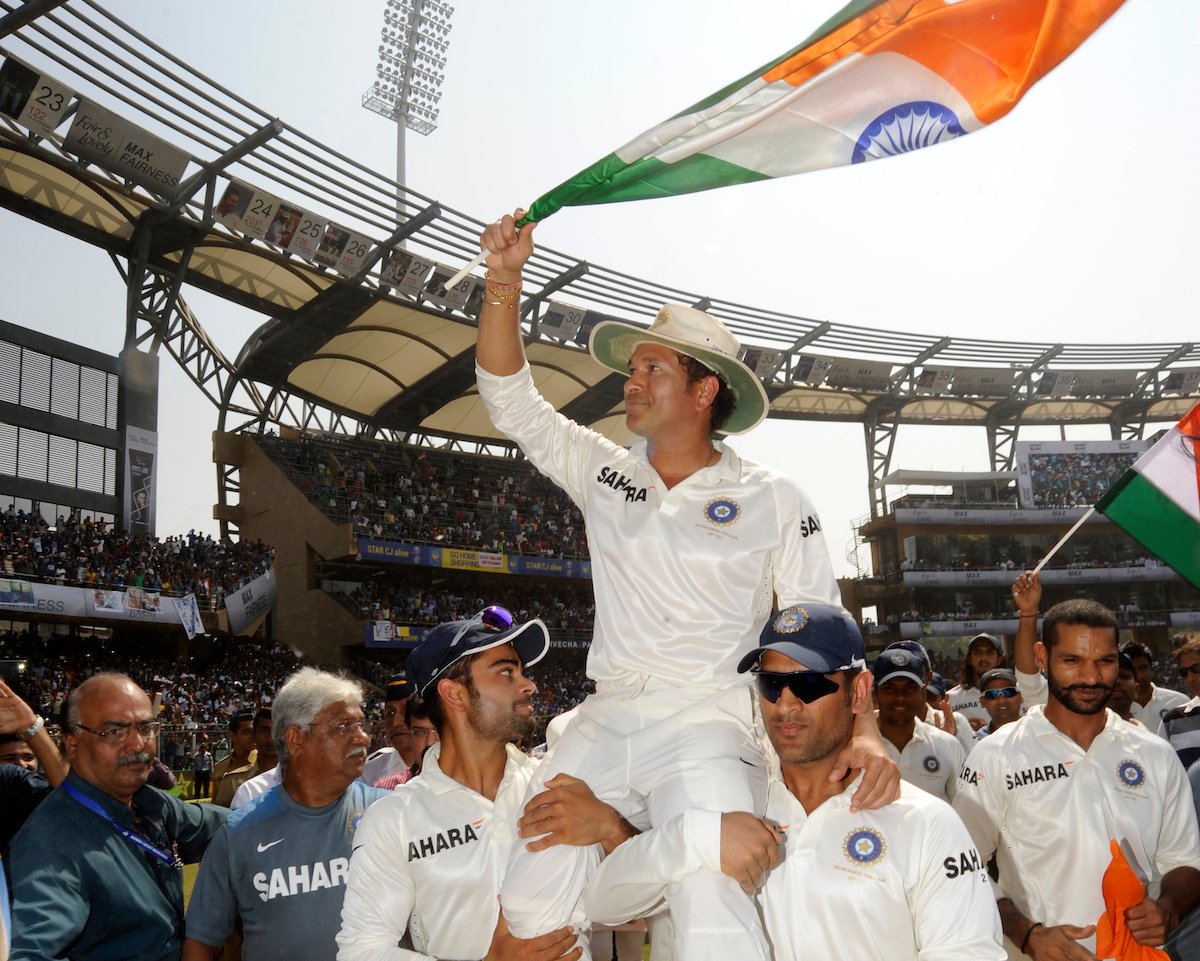 NEW DELHI : Indian batting maestro Sachin Tendulkar turns 44 today. Widely regarded as the greatest batsman to have played the game, the Mumbai batsman remains to be the only batsman in the world cricket to have 100 centuries under his belt.

In a country obsessed with cricket, Tendulkar, who played 463 ODIs for the Indian team, is also hailed as Cricket’s God.

Wishes poured in from all corners for the Master Blaster, with Virender Sehwag playing an emotional tribute to him: Virender Sehwag: “A rare occasion when one could have committed a crime,God ji sleeping.To a man who could stop time in India, #HappyBirthdaySachin @sachin_rt.”

BCCI: “Here’s wishing @sachin_rt a very happy birthday #HappyBirthdaySachin.”Ravichandran Ashwin: “Many more happy returns of the day @sachin_rt , April 24th should be marked as Indian cricket day.
Tendulkar drew curtains to his illustrious 24-year-old career after playing his 200th Test which came against West Indies at the Wankhede Stadium in November 2013. The legendary cricketer announced retirement from ODIs in December 2012.